Rihanna decided not long ago to try her luck in the world of fashion. Her latest collection from the Savage X Fenty brand includes sexy lingerie, and she found herself in the role of the model, which is how some of her sexiest photos were taken.

The 32-year-old star posed in yellow lace underwear that more than perfectly highlighted her curves and enviable line while revealing tattoos that adorned her body.

She launched her fashion brand in 2018, and in addition to clothing for women, she also creates those for men.

After selling more than 250 million records in 2005, Rihanna became one of the world’s best-selling musicians. However, the two-time Grammy winner has also faced much criticism over her 15-year long career. She recently revealed that at the beginning of her career, she was called an instant singer who does not have any vocal ability to praise.

On the occasion of the 15th anniversary of the release of the single “Pon de Replay”, Rihanna and her producer Evan Rogers talked about it in an interview with Vulture.

“Around Pon de Replay, people used to tell me, ‘She’s so cute, but you know, can’t really sing, but you don’t care cause she’s just so cute’. I would get so angry because I always knew she would be that girl that would eventually be doing songs like Stay and Diamonds. But I think the first time I felt like other people got it was Umbrella”, Rogers revealed.

“I remember the first time out with Pon de Replay, I got that a lot. A lot of people said I was going to be a one-hit-wonder. But I worked my hardest to prove them wrong. And when we came out with the second album, SOS and Unfaithful, both blew up!”, Riri recalled.

She released her last album called “Anti” in 2016, and her fans are looking forward to new hits.

Read Also: RIHANNA WAS SELLING CLOTHES ON THE STREET UNTIL SHE WAS 15 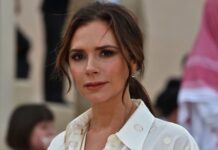 Victoria Beckham Got Paid $1.3 Million for Not Joining Spice Girls on Tour