Close your eyes and imagine a sex doll. Now open them. It was a soft inflated sex doll, wasn’t it? Like the one, Michael Scott used in the episode of “The Office” called Sexual Harassment. You couldn’t have been more incorrect if that was your guess. Sex dolls have evolved.

It’s high time we acknowledge that the sex doll industry is a thing. The demand is growing as well as the number of products. You can find incredibly realistic dolls on Silicon Wives in all the big cities around Europe and Canada.

Surprised? What’s behind the sex dolls industry that makes it so popular nowadays? Let’s dig into that.

First of all, a short history lesson. Dutch sailors were the first to use sex dolls back to the 16th century. They didn’t call them this way, of course. Hungry for love, sailors used to make them from old clothes or sewn cloth, so technically they weren’t dolls per se. Still, we can call them creators of the sex dolls we know today.

The funny thing is, the Dutch were selling their “dolls” to the Japanese, who called them Dutch Wives. What’s more, the Japanese still use this term.

Sex dolls became the real thing in the 20th century. There was even gossip that Nazi soldiers were using them at the front during World War II. But since it has never been confirmed, it remains a hoax.

But let’s get to the point. It was during the 70s when sex dolls manufacturers started to produce them on a larger scale. Silicone became the most popular material because it looked like human skin.

Since then, the sex doll industry has grown to this enormous size.

But enough of the “boring” history. You’re here to learn more about what makes the sex doll industry so popular.

The Truth behind the Sex Doll Industry

Only creeps and perverts buy sex dolls, right? At least the majority of people believe so. If you’re one of them, then you’re absolutely… wrong. As the interview with the sex dolls sculptor (yes, that’s a thing) states that most buyers are fascinated with a human body, and people who didn’t have a chance to meet their second half.

Also, because of their ability to pose in different positions, they’re often used as models to artists and photographers.

According to the sculptor, the majority of customers are saner than strangers you pass on the street. That’s the moment where we have to divide the industry into two parts: sex dolls produced on a mass scale, and the ones made for individual clients.

The mass production manufacturers use cheaper materials, and their dolls are not as realistic as the ones made for individual clients. The middle market price range can vary from 100 to 1,000 dollars, depending on the materials.

Sex dolls are usually made of thicker vinyl or heavy latex, with mannequin-like heads and plastic eyes. They also have styled wigs and properly designed hands, mouth, and feet.

When it comes to the most expensive examples of sex dolls, their price goes from 1,000 dollars, even up to 3,000 and more. They’re made of silicone thermoplastic elastomer, known as TPE. These dolls are often very human-like. Not only that, they can impersonate someone you choose, and even have heated bodies. Dolls with AI can cost even more than 10,000 dollars!

As mentioned before, the industry has grown a lot over the past few years. The reason for this is because sex dolls have become amazingly realistic.

What’s more, the industry is still growing. All thanks to the development of AI, which manufacturers are now adding as a bonus. Sex dolls equipped with artificial intelligence can hold a basic conversation and even call 911 if needed. They can also have both sexual and non-sexual verbal interactions with their owners, moving their head, eyes and lips, making them extremely life-like. Taking control of their Al program, you are choosing the things you want them to say, and the way they interact with you.

The Countries Where Sex Dolls Are Popular

Asian countries are leading manufacturers of sex dolls, especially of the ones that are produced on a mass scale.

In China, the Supreme Court refused to legalize sex dolls even though many citizens demanded that.

But aside from Asia, sex dolls are trendy in other parts of the world as well. There are even sex dolls brothels in the biggest cities in Europe, like Paris or Barcelona. Dolls are also popular in the United States, South America, and the Middle East.

We all know they are widely used but are they beneficial for our society? They might be considered as a safe outlet for our deepest desires, or can be looked at as sex with almost no negative implications. They help discover more about our physical and mental beings and provide us with endless possibilities for exploring everything we’ve always been afraid of. That’s why it doesn’t come as a surprise, that even couples are more and more open to including sex dolls in their bedrooms. Being physically attracted to someone (or something) is just one of the elements of sexual pleasure, but it sure is one of the most important ones. Then, why not dive into the world of dolls and try out some of them?

The demand for sex dolls has grown significantly in recent years, and it will grow more. There are a few reasons for that. First of all, they’ve become much more realistic and more comfortable to buy thanks to the internet. Secondly, there are far more people who feel isolated in times of the Internet, and sex dolls can help them out with this issue.

To sum it all up, we have to acknowledge that the sex doll industry is indeed the future. The more realistic sex dolls become, the more people will want to see what it is like to have one or be with one. Marrying one may be considered a bit extreme, but who are we to judge. 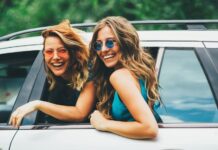 Where Are the Most Single Girls in Australia? 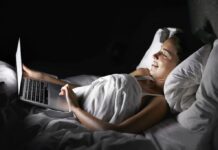 4 Trends That Will Revolutionize the Adult Entertainment Industry 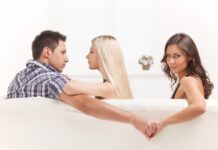 What Is The Fastest Way To Catch A Cheating Spouse?

9 Natural Remedies For Headache And Migraine Relief To Try In...

Nina Smith - May 28, 2022 0
COVID-19 has given many people a reason to care for their health. They have been alerted about various ailments and conditions. There are many...

Reasons Why Nail Wraps Are Healthier Than Nail Polish

3 Reasons Aperture is Important in Photography

Naturopathic Medicine – What Is It and Does It Work?