Home Life 5 Amazing Things That Were Invented By Children

When we think about the most amazing inventions, we usually believe that adults stand behind them and that only a grown-up could come up with something useful that will be used all around the world. In reality, children stand behind some of the best things that we use every day. In this article, we are going to tell you more about some of the amazing things that were invented by children, and how those inventions have changed our lives.

Did you know that the Braille language and alphabet that is used all around the world was actually invented by a child?

When Louis was less than three years old, he had an injury that left him visually impaired, and later on, when he started his education process, he was struggling to read the books that had raised letters. When he was about 12 years old, he started exploring different methods that were used for silent communication. He found the French military method, and then he simplified it. In the mid-1820s, he invented the Braille language.

Nowadays this language is used by millions of visually impaired people all over the world, and it helps them read everything just by using their touch. This child changed the world more than he was ever aware of, and because of him, things have been made much easier.

Now let’s talk about something that may not be as useful as the Braille language, but it is definitely something that is loved by adults and children.

When George was about 15 years old, he used to go to the circus pretty frequently. He loved the trapeze artists and their performances. One thing that he noticed was the safety nets they had under them to keep them safe in case they fall. Nissen was interested in the whole thing, and he noticed that jumping on the safety net looked really interesting. That’s how his idea for the trampoline was born.

In 1930 he patented and invented this interesting thing that now can be found in most homes, gyms, and amusement parks.

Did you know that before electricity and electric lights were invented, people used to put candles on their Christmas trees? As you already know, a burning candle and a dead tree don’t really mix, and there were a lot of fires caused by these so-called lights.

Later on, when electric lights became available for the general public, people were afraid of them, and they believed that these lights are going to be much more hazardous when put on or around the Christmas tree than the candles.

In the late 1910s, a child by the name of Albert Sadacca, that was only 15 years old, decided to combine electric lights and safety, and that’s how he invented what we know now as traditional Christmas lights. They were affordable for the public, people were not afraid of them, and Albert made a lot of profits from it.

Albert had a lot of help from his family that actually produced these items in their lighting company. Nowadays, many people believe that inventing something is much more difficult than it was in the past when there was so much room for new things. In reality, as azbigmedia.com suggests, you can easily become an inventor, and organizations like Invent Help are made to help new inventors realize their dream, and possibly change the world.

The story goes that Greenwood, like most children, loved to play when it snowed outside, and he loved ice skating on the frozen ponds. In the late 1800s, people used wool hats to protect their ears from the cold and the wind, but Chester was allergic to wool, and he was not able to use these hats. So, he always had to choose between skating while his ears were freezing, or to stay home and miss out on all the fun.

In 1873, he was tired of making the decision, and he asked his grandma to sew some beaver fur on a wire that he could use as a headband and protect his ears. This is actually how he invented the items we know now as earmuffs. A piece of interesting information is that a decade later, Chester opened his own factory where he manufactured this product. It became a hit right away and people from everywhere were buying them.

The last thing we have on this list was invented by a boy that was less than 6 years old. In the early 1960s, Robert was only 5 years old, and he decided to play around with some boxes and add a few bottle caps to them. He wanted to make himself a truck that could be easily transformed into three different vehicles. Patch wanted to make a box truck, a dump one, and a flatbed.

When his parents saw what he did, they were amazed, and his father, who was a lawyer at that moment realized the potential this invention had. He applied for a patent in Robert’s name, and not long after, the toy trucks were born.

Nowadays, kids around the world love these trucks, and they wish for them every Christmas. It is said to be one of the best inventions ever made by a child, especially someone that was so young.

As you can see, all of these kids saw what was missing, and they used their imagination to create something that we still love and use. Being an inventor nowadays is not difficult, you just need to think about the items that are missing in the world. If you want to become an inventor, you can always look for help from professional organizations, and you should start by drafting your idea. Know that you should always do your research before you apply for a patent, and you should make sure that similar products are not already available on the market.

The kids on this list changed our lives forever, without even being aware of that. We are happy that our lives are better and easier because someone, much younger than we are today, had a brilliant idea. 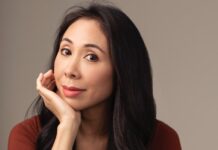