Home Business Why More and More Businesses Use Erlang – In 2022

Today, almost all big companies use this programming language. We can say that it is an integral part of their great success. So, these are Samsung, Cross River Bank, TubiTV, Danske Bank and many others. You must have once wondered what their secret is, and now you know the answer. However, Erlgand is much more than a programming language and that is why it gives fantastic results. It is simply impossible to compare it with other programming languages, and successful people know that.

This operating system contains various interesting and useful functions that we will list in the rest of the text. We must also say that it has existed for over 20 years and that is why it is an inspiration for many other programming languages. If you want to know more about its features and functions, keep reading. Find out why so many companies are opting for it.

As you all know this is a programming language, but it is important to mention that it has no general purpose but a specific niche. It appeared several years ago in Sweden and was said to be an abbreviation for “Ericsson’s language” because it originated in this company. Its area was telephone exchanges and network devices, and it was used to handle telephone switches. If you remember, then it was very complicated. This programming language was a great tool for their programming because it managed to provide great support without downtime. However, it may not be generally oriented, but it has set high standards in this niche.

Erlang has specifically used as a multi-server distributed applications, and controlling a multi-node network. However, the Internet changed everything and then mobile applications connected to devices were introduced, after which IoT occurred. For some knowledge about the language, read this page.

How is Erlang different from others?

It is process-oriented, and it uses isolated processes that communicate with each other through a message. So, thanks to this way of communication, new processes are created. Messages are also forwarded to them, and then the situation changes. This way it is very easy to expand your system while taking up an extremely small amount of memory. Given the possibility of different process layouts, you can choose between horizontal and vertical scaling.

We must not forget about the functionality, because Erglang is one of the best when it comes to that. It is mainly grouped with several other programming languages. In this case, pure functions are often used, but also higher order ones. There is also pattern matching, but also a lot more.

When we look at this language as a separate thing, we mention the semantics of the language and it refers to different aspects that are taken from all sides. By this we mean functional, logical concurrent programming. In this way, abstraction is raised to a completely new level, and the end result is just a smaller code that is maintained a million times better. Of course, for one company it is best when maintenance involves as little cost as possible and this is possible with Erlang.

Extreme spikes and loads to manage

A programming language works just like the world in which people communicate with each other. So imagine a situation where people share information with each other. They do it because that’s how the world works. Information must be exchanged in order to spread or create new ones. On the other hand, people will save from all that what they think is relevant to them. It will happen that some of them simply fail, but the world will not stop and new people will come in their place and continue their tasks. However, Erling, like any other programming language, works this way.

This means that millions of messages are exchanged in just one day, and the jumps in traffic are terribly large. When you consider additional services such as traffic, financial, weather and other warnings or some special promotions, it is a serious process. That is why the people behind all this should use their most powerful weapons in order to fight some problems and create new processes. For example, online betting is an industry with extreme jumps and loads. Erlang has proven to be a great leader when it comes to managing millions of simultaneous users.

Advantages and disadvantages of Erlang

This programming language contains many advantages, but also certain disadvantages. However, serious companies around the world use it and you just conclude why. So, it is most popular when you need quality monitoring of a huge number of virtual machines, but also for database distribution. We must also mention that it proved to be an excellent option for graphical display of data in real time. It is no less useful for software architectures, specialized web services such as ad servers, etc. Of course, there are also applications with multiple nodes, binary manipulation, long-running daemons, blockchains, etc.

Compared to this and many other advantages, the disadvantages are barely visible. However, we will list some of the most common remarks that people have to make to Erlang. This applies to web applications that do not have real-time communication, difficult computer tasks, transformation and a few more details. Keep in mind that things like this can be done with Erlang, but you will get a slightly lower quality than usual. You also need to think strategically, because if your system is almost completely compatible with this programming language, use it or vice versa.

Based on this comparison, we can conclude the following. When it comes to some additional features in Erlang, we can’t see much. In fact, the thing is very similar and the differences are almost imperceptible. Why do we say that? If you pay a little more attention, you will realize that everything you can do in Elixir you can do in Erlang. In that case, our choice would still be Erlang for several reasons. First of all, think of the different fields in which it is desirable to use this programming language.

For example, these are chat apps… If you want to work in one of them, you need it. You also need an efficient solution when it comes to writing small, portable programs. Lastly, if you are simply a genius who enjoys exploring the potential of a program then this is the right choice for you.

Although large systems will report some bugs in the software, try to find the most reasonable ways to overcome them. So, your basic programming need is to find the most flexible tool possible. This is exactly the reason why Erlang has expanded in recent decades and met the high demands of companies. We hope we helped you learn more about it. 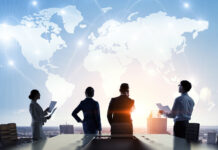 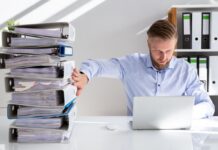 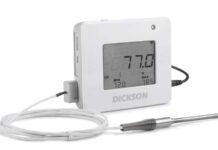 Data Loggers and Their Rise In The Marketplace