Home Health How Healing Stones Can Impact Your Health

Gemstones are beautiful, mysterious, and enchanting. In alternative medicine, they might be one of the most popular new developments in the field.

According to popular belief, holding or putting gemstones on the body may have physical and mental advantages. Gemstones are said to affect the body’s energy field, bringing it into harmony and they have been used as jewelry for thousands of years. Now, some people are still fond of these gemstones and can conveniently get one on online sites like ZenandStone.

In addition, societies throughout the globe have long held that gems may be used to treat various ailments. Some individuals think that gemstones have the potential to cure bodily disorders and illnesses, while others utilize gemstones to relieve stress and concentration.

Several minerals make up the gemstone family. They’re gorgeous, semi-rare stones, some clear, others with vibrant hues, plain and simple. According to Jude Polack, founder, and director of bewater, a company that distributes crystal-infused water bottles, gemstones have been utilized for medicinal reasons for thousands of years. Based on their archeological discoveries, Amber was used for protection and well-being in the UK as long as 10,000 years ago. Gemstones were recorded in ancient Sumerian records to bring good fortune and health.

Those who practice complementary and alternative medicine think these stones have therapeutic properties. Some people believe that gemstones may influence a person’s vibrational energy fields, referred to as the body’s energy fields. To some degree, the concept is that gemstones’ distinct energetic vibrations may reroute and richannel energy flow in the body or energy field, aiding in removing blockages. A person’s healing potential is instantaneously triggered by the mere act of touching a gemstone.

Clear, concentrated, and centered are some of the feelings believed to result from interacting with crystal vibrations. The electrical frequency of gemstones is created by absorbing pressure and movement energy. Using gemstones relies on the specific frequency of each crystal, and because many pain and anxiety-relief devices function on the same concept, we feel they may be helpful in these areas.

There is almost little scientific evidence to support the medicinal usage of crystals. Researchers Pierre and Jack Curie discovered in 1880 that heating and pressing gemstones might generate electricity via their research. In the Curie brothers’ research, it seems that gems may have a modest influence on the body’s energy levels, but whether that effect may provide healing power is still a matter of discussion. C.C. French presented second research on gemstones and healing at international conferences in 1999 and 2001, but it was never published in a peer-reviewed publication. During the experiment, 80 people were given either genuine or fake gemstones. Six people said they had no sensations at all.

Other others observed a shift in their energy levels. It’s reasonable to assume that the placebo effect was at play here since these fake jewels were just as effective. “It suggests that the power of gemstones is in the imagination rather than in the jewels,” psychologist Richard Wiseman said at the time. The placebo effect is thought to be the genuine power of gemstones, even by those who deal with gemstones themselves. It is well accepted that gemstones have a placebo effect and an influence on energy frequencies. If you combine the power of a placebo with the previously described energetic capabilities of specific gemstones, you’ll witness a noticeable effect on the body.

The following are a few instances of how stones may affect your health.

Helps in the treatment of mental illness

Mental health issues, including anxiety and sadness, might benefit from gemstones. There is no scientific evidence that gemstones affect energy, emotions, or mental health in a meaningful manner. Medical treatment for anxiety, depression, and other medically recognized diseases should not be replaced with the usage of gemstones. Utilize them to help you feel more grounded and in control while also following the recommendations of your physician or psychologist. In addition, even if the gemstones have a placebo effect, it’s still worth utilizing them if you believe they are helping. Instead of treating, diamonds may provide a hand.

When you’re feeling depressed or anxious, gemstones may be a source of comfort. When it comes to mental health difficulties, stones are just as beneficial. When utilized in this way, they may help you feel happy, connected to others, or connected to something larger than yourself. Rather than the crystal itself, this is more than likely a reflection of how you feel about the crystal.

As a part of their spiritual rituals, some individuals include gemstones. In their rites, they use stones to reestablish balance and harmony in the energy fields and foster feelings of safety and love. Practitioners of various faiths apply gemstones to specific body parts to facilitate healing. A piece of jewelry crafted from a particular gemstone is enough for most individuals. Your skin doesn’t have to be in close touch with the gem.

All except the rarest gems are safe for use as jewelry stones. However, some might last longer than others. Worshipping realgar or ekanite may have health concerns, so if you’re worried about that, you should avoid it. Close, long-term exposure to jewels like these would undoubtedly be detrimental to your health.

Some crystal healers use stones to prepare potions or the oral cavity of their patients. Avoid acid-soluble diamonds, even if they don’t contain any known harmful elements, in certain instances. Impurities in these stones may cause a severe reaction in your stomach acid. 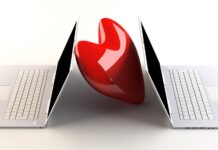 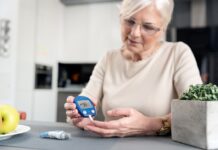 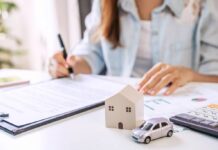