Home Health 5 Facts about Vaping Every Smoker Needs to Know

A couple of years back, smokers were introduced to a different type of cigarette, which many claimed (at that time) can help you get rid of the smoking habit, and be less harmful to those around you. It happened at the same time when countries around the world chose to introduce strict anti-smoking measures, leaving those who enjoy cigarettes almost without options when it comes to places they could actually smoke.

Vaping came just at the right time to save the day. But a couple of years after it has created a whole new smoking experience that many like to indulge in, not only because it is less harmful to others, but simply because it gives them a different experience.

Two new studies of the effectiveness of e-cigarettes in smoking cessation have shown that success depends largely on the type of these tools and how often they are used. Research suggests that smokers who use the so-called ‘tank’ e-cigarette that can be filled with nicotine-containing liquids are most likely to quit effectively. The truth is, so many products are now available on market, so it is difficult to say which one is the most effective. To find out which could be the best choice for you, consult 180smoke.

Many experts believe that e-cigarettes that heat the liquid with nicotine and vaporize it are low-risk alternatives to smoking, but questions remain about their effectiveness in smoking cessation and health safety. The experience of those who have tried this method shows that it was quite effective.

2. It could be a great tool for quitting smoking

As we already mentioned, the majority of vapers started using electronic cigarettes because they thought it would be an easier way to break the smoking habit. And they were right. But there’s also another side to the story. Even though less harmful, it still makes you hooked on a different type of habit. So, you can expect vaping to become a habit, very easily, just like drinking coffee.

In any way, quitting smoking is the best decision you’ll make in a lifetime. It’s interesting to know how 7 out of 10 smokers have the same idea of getting rid of cigarettes, all they need is some tool to help them go through the process easier, and vaping can give you exactly what you need. After all, smoking is extremely harmful to the body, as it affects every single organ.

As we already wrote before, getting rid of smoking addiction with vaping can cause another addiction. It is because these are very easy to get addicted to, due to all the flavors and models of vaping devices. It has also become a kind of a fashion statement, as vaping gear can be very interesting and appealing. Not to mention all the flavors offered.

So, although you’ll be free of one type of addiction, this new one may be less harmful, and much tastier.

4. Your heart and lungs may still suffer

Even though we’ve mentioned a couple of times in this article how vaping is less harmful than smoking, this doesn’t mean it is not risky. After all, every habit we develop comes with a price. Even excessive coffee drinking can cause some damage to the heart.

It’s important to point out how vaping devices are also nicotine-based but in different percentages. And nicotine is highly addictive. Therefore, it is possible that one can suffer consequences like high blood pressure, increased heart rate, and difficulties breathing (asthma). Depending on how sensitive your heart is, and how long have you been exposing it to nicotine, heart attack risk may still be there.

In the end, you probably can’t help to ask whether vaping is good for you or not? At the moment, there isn’t enough research conducted about it to answer this question with accuracy. So many things are still unknown, including how the vapor affects one’s health in the long run. Exposing your body to any kind of chemical is probably not a good idea.

5. Vaping is the second smoking alternative suggested by the doctors

Nicotine patches are the first thing you’ll get as an alternative when you turn for professional help in quitting smoking. If nicotine patches don’t help, vaping is definitely worth a try. A recent study showed that e-cigarettes are almost twice as effective for smokers as other smoking cessation methods.

Why you may ask… There is this behavioral component that some other smoking cessation drugs do not have. People can play with vaping devices and forget about classic cigarettes. However, there are those who question whether they are completely safe to use.

E-cigarettes are electrical devices that create an aerosol from a refill that contains a solution of nicotine in various concentrations. They were originally intended for smokers who want to quit smoking and their use should not last longer than 6-8 weeks. It is considered that this is enough time to quit smoking and overcome the abstinence crisis.

However, after the industry saw so many opportunities in them, they started becoming “hip”, and millions of people worldwide started switching from normal cigarettes to these. Vaping has become a hedonist thing, offering so many options when it comes to taste and design, that people can choose from. Could it be that traditional cigarettes are slowly being pushed away? The future will tell. 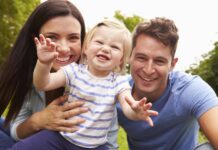 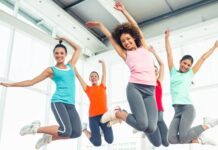 Nina Smith - December 6, 2022 0
If you're looking for a new and exciting way to invest your money, you should check out Singapore's exchange for options. This unique platform...