A virtual social media influencer is a computer-generated avatar or character that appears on various platforms such as Instagram, YouTube, and Twitter. These characters have unique personalities and backstories which they use to engage with their followers to promote products or services. Virtual Influencers typically post content related to fashion, beauty, lifestyle, and travel, creating an engaging experience for users while delivering promotional messages from brands without seeming too “salesy”.

What truly sets virtual influencers apart from real ones is the level of control brands have over them – they can be customized according to brand requirements and created in different languages to reach out to international audiences as well. Unlike real people who may not always follow through when it comes to delivering promotions on time or staying within budget constraints, Virtual Influencers are reliable since their activities can be automated by software programs like AI chatbots that respond instantly when needed.

In the rapidly evolving world of social media, virtual social media influencers are becoming more and more popular. These influencers are computer-generated personalities that use algorithms to appeal to a wide audience. They create content for their followers and oftentimes have millions of followers on various platforms such as Instagram, YouTube, etc. Virtual influencers can range from cartoon characters to realistic 3D avatars and each type has its advantages and disadvantages when it comes to marketing campaigns.

The first type of virtual social media influencer is the cartoon character. These characters have been around since the early days of the internet but they have come a long way in terms of sophistication and design. Cartoon characters offer marketers an opportunity to create cute, whimsical visuals that will attract potential customers who may be looking for something entertaining. However, these types of influencers tend to lack depth in terms of personality which could limit their ability to engage with their audiences on a deeper level.

The second type is realistic 3D avatars which are often used by top brands as part of their marketing strategy. These avatars offer much greater realism compared to cartoon characters but they also require more time and resources when it comes to creating them from scratch or customizing existing models for different campaigns 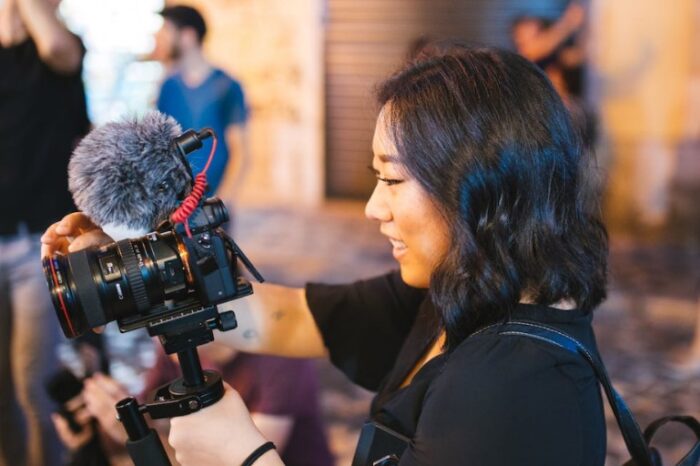 In the age of digital media, virtual social media influencers have become a major trend. They are computer-generated personas that use social media platforms to promote products and services, create brand awareness, and increase engagement with their followers. While they offer several advantages over real-life influencers, there are several challenges associated with them as well.

One of the most obvious benefits of virtual social media influencers is their affordability. Unlike real-life influencers, who often require expensive contracts and fees for their services, virtual influencers can be created for much less money – sometimes even for free! This makes them an attractive option for businesses on a tight budget who still want to make an impact on social media platforms.

Another advantage is that virtual influencers can be tailored to fit any company’s message or branding goals without having to worry about personalities or opinions clashing with those goals. This allows companies to create perfect avatars that will ensure their message is always communicated effectively and in a consistent manner across all platforms.

However, one challenge associated with using virtual social media influencers is that it can be difficult to build trust and credibility among followers when dealing with computer-generated personas instead of real people.

In the age of digital media, virtual social media influencers are becoming increasingly popular in the marketing world. With the rise of social media and digital content, virtual influencers offer a unique way to reach potential customers and engage with them on a level that traditional marketing campaigns never could.

Virtual social media influencers are avatars or characters created by brands to represent their products or services. They can be used for a variety of purposes including promoting products, creating brand awareness, and engaging with followers. Virtual influencers have become an essential tool for companies looking to make an impact in the online space as they can provide an instant connection with audiences through their visual presence and interactive conversations.

One example of a successful virtual social media influencer is Lil Miquela. She is one of the most popular virtual personalities on Instagram and has over 3 million followers who follow her daily posts about fashion, music, and lifestyle topics. She was created by Brud Inc., a Los Angeles-based company specializing in artificial intelligence technology, CGI animation, and robotics engineering which seeks to create human-like characters that people can identify with emotionally, making them more relatable than traditional digital characters like cartoon avatars or stock images. Lil Miquela’s success has been credited to her authentic personality

Virtual social media influencers have become increasingly popular in recent years, offering an innovative way for businesses and organizations to reach larger audiences. They provide a platform for people to share their thoughts, ideas, and experiences with a wide range of viewers without having to physically present.

As technology advances and virtual influencers become more commonplace, it will be interesting to see how they evolve. For now, virtual social media influencers are providing new opportunities for content creators and businesses alike while connecting people from all walks of life around the world.