Home Health How Common Is It for Teenage Girls to Have an Eating Disorder?

Eating disorders are serious mental health conditions that can cause significant distress and impairment in daily life. In this article, we’ll explore the prevalence of eating disorders in teenage girls and talk about some of the warning signs to watch for.

What is an Eating Disorder?

One in thirty-eight U.S. women will develop an eating disorder at some point in their lives, according to the National Association of Anorexia Nervosa and Associated Disorders. That’s more than two million American women! What’s even more alarming is that nearly half of all female eating disorder patients first develop their problem during adolescence or young adulthood.

Eating disorders are problems with food and eating that can lead to serious health concerns. They can be deadly if not treated. Eating disorders involve a distorted view of what’s healthy for your body and mind, and they can have a lasting impact on your life.

Nobody knows for sure what causes eating disorders, but experts believe that a combination of genetic and environmental factors is involved. Some people with an eating disorder may have a family history of the condition, or they may develop it after experiencing a stressful event.

What are the signs and symptoms of eating disorders?

The most common signs and symptoms of emotional eating disorders include:

What are the Symptoms of an Eating Disorder?

An eating disorder is a mental health condition in which a person has an abnormal and persistent pattern of food intake that leads to harmful consequences. The most common eating disorders are anorexia nervosa and bulimia nervosa, but there are many other types as well.

Symptoms of an eating disorder can include extreme weight loss or gain, uncontrollable hunger, irregular or excessive eating, no appetite at all, feelings of guilt or shame about one’s body, and obsessive thoughts about food. If you think that someone you know may be struggling with an eating disorder, please talk to them about it. There is help available.

How Common is it for Teenage Girls to Have an Eating Disorder?

Eating disorders are more common in teenage girls than in any other age group, according to the National Eating Disorders Association. In fact, an estimated 1 in 10 girls ages 12 to 19 years has an eating disorder. And while boys are also susceptible to eating disorders, they typically develop them at a later age.

What are the Signs of an Eating Disorder in Teenage Girls?

The signs of an eating disorder in teenage girls can vary, but they often include an intense focus on body weight and shape, intense calorie counting or restriction, extreme mood swings, and a reluctance to eat.

If you notice any of these signs in a loved one, it’s important to get help. There is help available, and it begins with talking to a trusted friend or family member about what you’re seeing.

What Can Be Done to Help Teenage Girls Who Have an Eating Disorder?

Eating disorders are not just a problem for adults. In fact, teenage girls are especially at risk for developing an eating disorder. This is because they are still in the process of growing and developing their identity.

They may be trying to figure out what they want to be, and they may feel pressure to look a certain way. Additionally, teenage girls often don’t have as much experience dealing with problems and stress. This can make them more vulnerable to developing an eating disorder.

There are several things that you can do to help your teenager if she is struggling with an eating disorder.

If you think your daughter is struggling with an eating disorder, it is important that you talk to her about it. There are many resources available to help her get the treatment that she needs.

It’s no secret that teenage girls are a notoriously fickle group. With so many changes happening in their lives – from the onset of puberty to entering into adulthood – it can be tough for them to know what they want and how to get it.

One thing is for sure, though: an eating disorder isn’t something that should be taken lightly.

In fact, statistics show that as many as 1 in 5 teenage girls may experience an eating disorder at some point in their life. And while this number may vary depending on where you live, it’s definitely something you should be aware of and feel comfortable talking about with your healthcare provider. 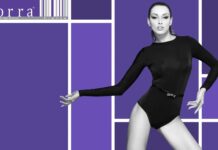 The Impact Of Dorra Slimming On Tummy, Hip, And Thigh 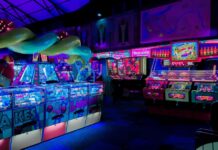 6 Advantages Of Best Arcades In Auckland 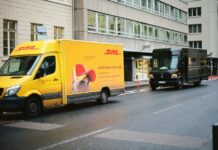 The Impact Of Dorra Slimming On Tummy, Hip, And Thigh

Nina Smith - August 4, 2022 0
Today there is an increased number of diet programs with well-known nutritionists and practitioners promoting them. Some of these diets slim down weight in...

5 Top Canadian Online Casino Sites Which are Safe and Secure

What Accounting Services in Canada Do Businesses Need?

6 Advantages Of Best Arcades In Auckland