In 2023, more people than ever embraced their inner DIY-er and started to take on more at-home crafts, hobbies, and habits. We’re not just talking about paint-by-numbers kits or knitting handmade scarves; even cannabis fans became DIY enthusiasts by making their own weed extracts and edibles from home.

Many of them learned the hard way and quickly discovered that there are a lot of potential mistakes to make throughout the process of making DIY extracts and edibles. Go ahead and learn the easy way by avoiding these common mistakes:

Buying Too Much Flower for Your Extracts and Edibles

There’s no shame in wanting the best-of-the-best when you walk into your local government-run dispensary or medical marijuana clinic. But when you’re using the bud to make extracts or edibles at home, this isn’t the time to overdo it with a pound or more of the best strains available.

Although you shouldn’t go with a bud that’s riddled with seeds and stems, you definitely don’t need to spend your entire paycheck on too much of the top-shelf strains. When making extracts, a little bit goes a long way, which is something that newbies don’t often realize.

Avoid buying too much flower for your DIY extracting, and avoid making the big mistake of throwing an entire ounce of your finest weed in a slow cooker, because unless you’re making an insane amount of edibles, that’s probably too much.

How Much Is the Right Amount?

On the flip side of using too much flower, there’s also the common issue of not using enough. Erring on the side of too little means that you’ll be left with an extract that’s not as potent as you’d like (and it might even end up being a dud batch).

It’s always best to follow a recipe – that way you know exactly how much flour you’re using in relation to oil or butter, and you can make alterations later on if you need to. Some people prefer a less potent mild mixture while others want the maximum amount of THC for a hard-hitting high.

For guidance on how much is the perfect amount, follow the 1:1 rule when you’re just starting out. For every 1 cup of oil, you’ll use 1 cup of ground cannabis, which is about 7 to 10 grams. Using more than this is actually extremely wasteful since it’s unlikely to increase potency, but if you prefer a potent batch, go for 10 grams instead of 7 (and less potent, go for 7 instead of 10).

Putting Your Ground Cannabis Straight Into a Slow Cooker

This is one of the biggest mistakes made by those who are new to making extracts. These people don’t know about the importance of decarboxylation, which is the process of heating the buds first to activate the cannabinoids (specifically the THC). Edibles and extracts are known for their potency, but the potency wouldn’t be there without decarboxylation.

There are different ways to decarb your weed, but the easiest is to spread it out on a baking sheet in pop it in the oven for a while. For the THC to become activated, you want the temperatures to be relatively low (around 220 degrees F). Time is also a necessary factor, so don’t decarb for less than 30 minutes (45 minutes or more is recommended).

Once you’ve done that, you can continue on with slow cooking, using your rosin press (check out these guide and reviews for the best DIY rosin presses), or whatever method you plan to use for extraction.

Whether you’re brand new to making extracts or you’ve been doing it for decades, you probably know that heat is an important part of the extraction process. But what many people don’t know is that the ideal heat falls within a very specific temperature range.

For the decarb process, you won’t want to go above 245 degrees F. Some people prefer to keep the temperature lower and decarb for longer to preserve the terpenes, but this is up to you. Just know that 245 is your max.

One of the most popular extracts to make at home is cannabutter (or cannabis), which can be added to a variety of different recipes later on. To make cannabutter, you’ll start by grinding the flower so that it can steep in the fat. But what you want to avoid is grinding the bud too finely into a powder.

Even if you’re not aiming for a powder-like consistency, it can happen by accident if you’re using a coffee grinder or other motor-based devices, like a blender, Ninja, or Vitamix. Instead, you’ll want to use a hand grinder so that you have more control over the final consistency.

While it takes longer and requires more work on your part, it ensures a courser grind, which is better for the overall flavors/potency of the butter or oil.

Forgetting to Stir Throughout

So, you’ve decarboxylated your bud and it’s now simmering in the slow cooker or on the stovetop. You probably think it’s now time to retreat to your couch and binge on Netflix while you wait patiently for your extract to gain potency. But what many don’t realize is that the work isn’t completely over.

Although there’s not a lot more you have to do, it’s really important that you regularly stir the mixture so that the cannabinoids and terpenes get evenly distributed. Say you plan to make a nice batch of chocolatey weed brownies with the cannabutter you’ve made. You eat one brownie and feel nothing, but with the next brownie, it hits you like a ton of bricks.

This happens a lot, and it’s usually because the mixture wasn’t stirred enough. The easy solution? Take some time to stir your extract as it’s cooking every 5-10 minutes. 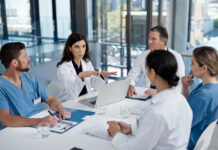 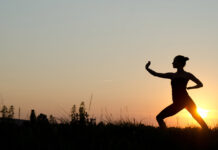 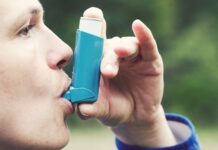