A lot of games nowadays seem to incorporate the system of classes, especially if it has RPG elements. They are a good way to define the skills and power systems the character can choose to suit his play style. Destiny 2 does not differ from this rule, presenting us with 3 main classes where each has its own subclasses to accommodate how the player wants to rock with the game.

Making a decision between which class and subclass to choose may prove to be a difficult decision to some, as they want to be the best while running with the current meta of the game. With players looking forward to maximizing their Light Level, visit here for help, they have to choose the best subclass. That is why here we will cover the best subclasses for PvP and PvE in Destiny 2!

The Behemoth Titan subclass was given to us in the Beyond Light expansion. It is a Statis class that excels in close-range combat. For your usual Titan subclasses, you would expect that the Behemoth subclass will be slow. But that’s not the case here. With the Behemoth Titan, you will be sliding at fast rates here and there to get more damage output at close-range combat. The abilities are just suited right for fast-paced movement and battles with all sorts of grenades included. We can see this with the Melee ability Shiver Strike that does a dash strike which will knockback, damage, and slow enemies down.

The super ability Glacial Quake is great too. This ability summons a Statis gauntlet with which you can strike the ground to freeze the foes close to you, then supercharge the melee ability Shiver Strike for extra damage. The mix of freezing foes and defeating them down with fast speeds shows compatibility in PvP and PvE alike while being fun to play too!

Although this subclass is more focused for higher skilled players to use, the Gunslinger is one of the best ranged DPS classes in Destiny 2. It is a Solar class with which you can expect to defeat enemies from far away places, but depending on your circumstances you could also show up in front of someone’s face and shoot them down.

What’s special about the Gunslinger subclass is the super ability. The Golden Gun ability gives you a blazing pistol that deals massive amounts of Solar damage, be it from close combat or distant combat. Gunslinger mostly excels in PvP because your skills can mostly be utilized to defeat single players and bosses. You may find yourself having a hard time in PvE defeating hordes of enemies at once.

We took a look at Titan and a Hunter, so let us shift our focus towards a Warlock, more specifically the Stormcaller subclass for warlocks. Like its part from the first Destiny game, the Stormcaller still holds its place as one of the easiest subclasses to learn and master. The Stormtrance super ability makes chain thunderlight from you and electrifies the other team since the ArcLight gets stronger over time.

Depending on if you want to use Stormcaller for PvP or PvE, the perks you would like to focus on vary. If you are focused on PvP, the super ability Chaos Reach may be of more use than Stormtrance. Though if you are focused on PvE, a great perk combination is Arc Soul + No Time to Explain on your weapon, with which you will be swiping hordes of foes with ease!

The Sentinel Titan is just an overall great class that provides great utility around PvP and PvE overall. With this beast of a Void titan, you will be slaying around enemies with your shield in close-range combat, although you could throw your shield from far away places to hit enemies too, you should probably use this to get to close-range combat. Getting up close to your enemies while protecting and guarding yourself with your shield raised up is what this class is best at.

The super ability Sentinel Shield summons a Void shield with which you can attack, defend, and throw for damage. It is excellent both in PvP and PvE. Though if you plan on focusing defense for teammates in PvE, the Banner Shield super ability would suit you better, which creates a defensive wall that guards teammates much better.

The Nightstalker is one of the hardest classes to learn and master. It represents a Void subclass that can be utilized for specific uses in PvP and PvE. Nightstalker has to be played really carefully because of how it can debuff weaken the enemies by controlling their abilities. In PvP don’t expect to be the star player and kill everyone, since your strategy is to outsmart your enemy to debuff them and take them from afar. So if you aren’t ready for strategizing, you should go with other hunter subclasses in PvP. With that said, you can actually dominate the PvE scene as support with abilities to debuff the enemy and make yourself and your teammates invisible which can be really useful in certain situations.

The super ability is Shadowshot which tethers enemies to a Void Anchor which slows, weakens, and eliminates the threat. You could also go with the super Spectral Blades from Way of the Wraith which is more useful in PvP, but more vulnerable to being killed in PvE.

Hard to master in PvP, easy to dominate within PvE, that’s the Dawnblade subclass for you! Being a Solar subclass, you can expect to move fast and make a great jump however with some damage. In PvP, you should utilize this to get a pretty good overview of the map with the Heat Rises and Icarus Dash abilities from the Attunement of Sky ability tree. You could also use the advantage of being high in the air by killing off some foes with the super ability Daybreak from up there. But you must know what you are doing to make the most of this in PvP since it makes you the easiest target to kill off.

In PvE though, Dawnblade proves to be much easier to use as a support to your teammates and deal some damage too. As a support, you want to go with the Attunement of Grace ability tree that has the super Well of Radiance, which will heal and buff your teammates a ton to continue the PvE run! 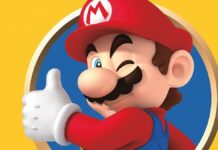 What Can Super Mario Teach Us About Graphics Technology? 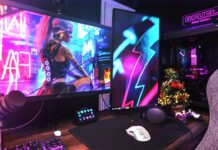 3 Reasons Why an Optimal Setup is Crucial for Competitive Gamers 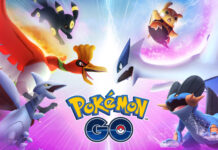 Some Things to Know to Get the Cheapest Consumer Loans

Nina Smith - July 4, 2022 0
Knowledge is power! You must have heard that phrase at some point in time but now it is time to truly understand how true...

Most Common Causes Of Car Accidents and What To Do If...

How People Under 65 Can Qualify for a Medicare Advantage Plan

What Is Custom Software Development? All You Need to Know!