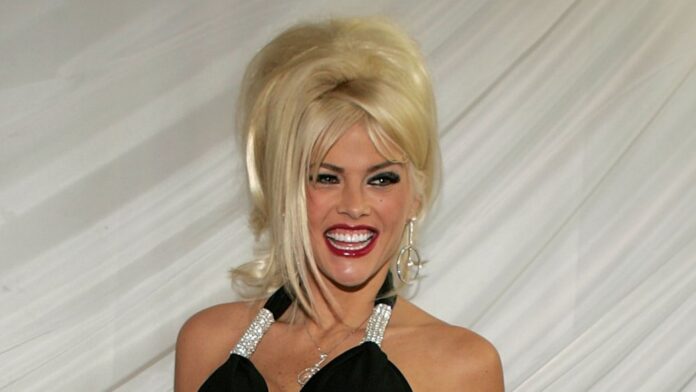 Anna Nicole Smith’s ex-boyfriend Mark Hatten was killed in South Carolina on May 3, 2022, according to TMZ. Hatten was involved in an incident with another man in Greeleyville, South Carolina, and the situation turned into a shooting, leaving Hatten dead. The outlet is unclear as to what led to the deadly shooting.

According to the local Greeleyville newspaper Kings Tree News, Hatten, who was known as “Hollywood” in the area, was involved in an earlier incident the day before, on May 2. They called the police and “Hatten was charged with No Trespass and spent the night in jail,” according to the outlet. Local news also says police were unable to verify what had happened between the two men the day before and the day of the shooting.

Kings Tree News said Hatten moved to Greeleyville after serving a prison sentence for threatening his ex-girlfriend, Anna Nicole Smith. The two dated back to early 2000, according to The Sun, and had a volatile relationship. Read on to find out what happened. 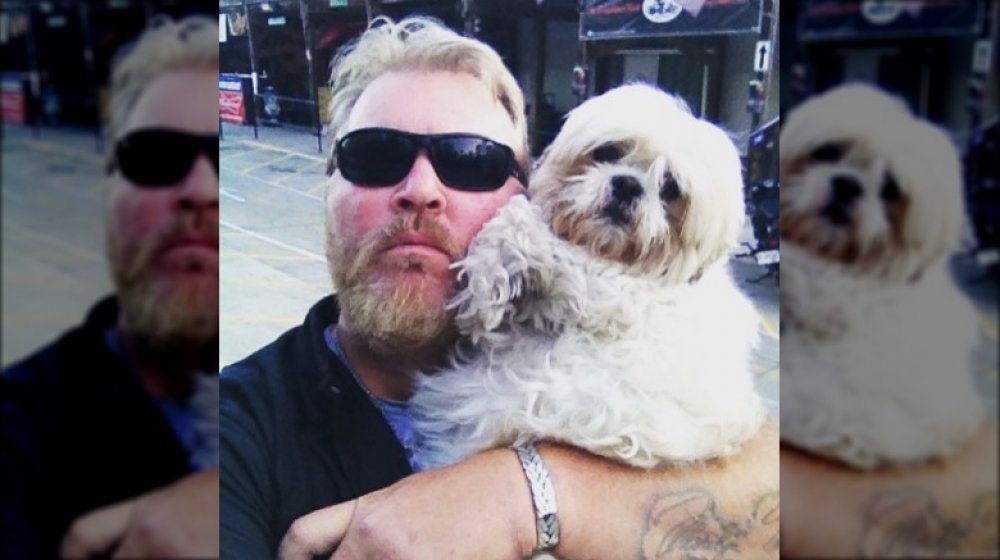 Anna Nicole Smith started dating Mark Hatten in 2000, according to TMZ. Smith met Hatten “shortly before the March 2000 Academy Awards,” according to her court testimony, repeated by the Los Angeles Times. Hatten was an “artist” who also worked to promote car dealerships, and Smith said, “she had a sexual relationship with him ‘at the Oscars’ that year.”

In a 2017 interview with Contact, Hatten gave his own account of how he met the former Playmate. Hatten said Smith was his sister’s best friend, Jackie Hatten, and said the two women met in 1992. Hatten admitted to marrying another woman at the time, but when things ended, his sister helped the relationship take off. Hatten and Smith first met at an Italian restaurant and, according to In Contact, he states that the first time Smith saw Hatten, she said, “OMG, I want to have a baby with you!”

While things started so optimistically between Smith and Hatten, the relationship quickly became difficult and even involved violence, police calls, and prison time.

The dark side of the Anna Nicole Smith relationship 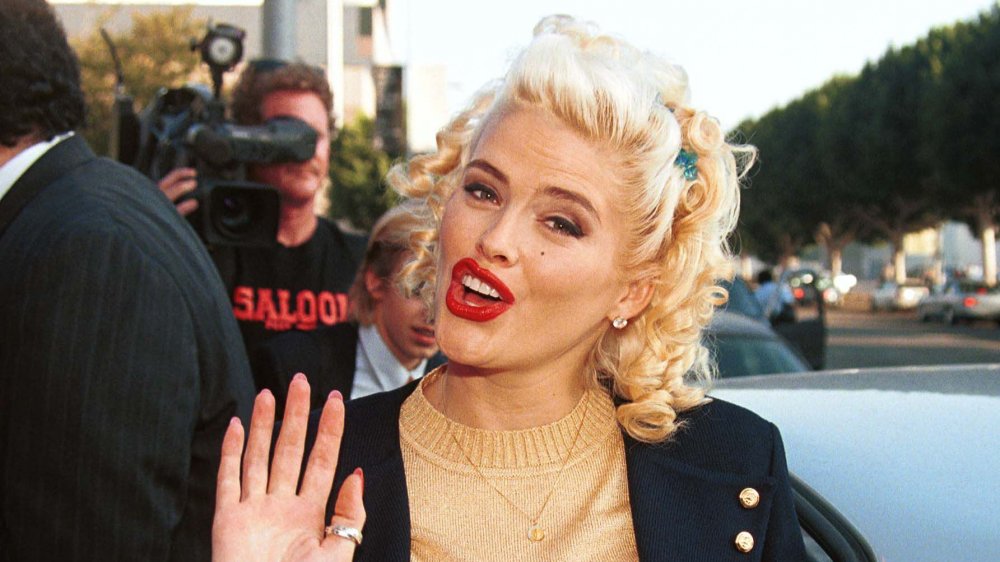 Mark Hatten gave his account of his relationship with Playboy Playmate star Anna Nicole Smith to Contact and said, “We dated from January 2000 to March 2002. We lived together.”

Meanwhile, Smith tried to claim that their relationship only lasted for a few months, but it turned out not to be true. Instead, the couple had a volatile, on and off-again relationship that lasted for a few years. According to the Los Angeles Times, “Defense attorney Peter Knecht said Smith had a sporadic two-year sexual relationship with Hatten, despite Smith’s testimony that he only dated him for just three months.”

There were several alarming episodes between Smith and Hatten, which led to the court case in July 2002, reported by the Los Angeles Times. Smith said of Hatten in court: “I am very afraid of this man because he is crazy.”

She claimed that in June 2000, Hatten threatened her with a knife at her North Hollywood home. However, she did not call the police, according to the Los Angeles Times, because she was in “litigation over the estate of her husband, J. Howard Marshall” and did not want negative press.

Smith claimed that Hatten continued to harass her from June 2000 to March 2002, when Hatten arrived at Smith’s home and beat Smith’s neighbor, René Navarro, who asked Hatten to leave.

According to TMZ Hatten, he spent almost seven years in prison for his criminal threats against Smith and for attacking his neighbor.

Mark Hatten spoke about the death of Anna Nicole Smith 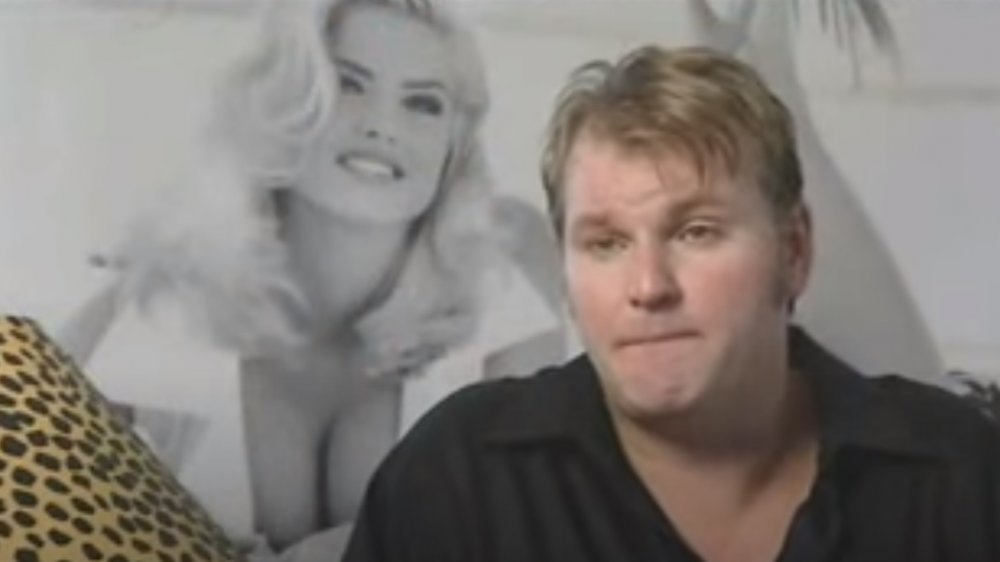 It was devastating when it became known that Anna Nicole Smith died in 2007 of an accidental drug overdose at the age of 39, according to The Sun. According to the media, Smith’s son Daniel died of a drug overdose in 2006 at the age of 20 and the year before her death, Smith’s life was one of tragedy and grief over the loss of her eldest son.

In an interview with Contact In May 2017, Mark Hatten, Smith’s ex-boyfriend, claims that the model “died of a broken heart.” He said to the store, “When I heard that Daniel died, I knew that she wouldn’t last long. I’ve seen people pamper their children, but he was literally their world. She died of a broken heart.”

When asked what kind of mother Smith was, Hatten replied, “Wonderful.”

Hatten admitted that he and Smith never spoke to each other again after going to prison, but it seems that he kept an eye on Smith throughout her life and remembered her when she died as a devoted and wonderful mother.