Wendy Williams showed up in public for the first time after it was rumored that she is suicidal and refusing to eat. The host also returned to social media, where she posted a paparazzi photo of her looking dispirited wearing a blond wig, face mask, dark T-shirt, and white jacket.

“Wow June is here! I didn’t see paparazzi but ok. I needed my stuff before NYC dark. Black lives have ALWAYS mattered”, the 55-year-old television host captioned the photo and confused her followers with both description and picture on which she held a tabloid.

Some of her followers noticed a bruise on the back of her hand, which fueled hospitalization rumors. “She just had IV, look at the bruise on her hand”, one social media user wrote, and another added: “The way she clutched her hand.”

Others showed support, wishing her to get well soon. “It’s a stressful time especially if, like EVERYBODY you have other stressors. Stay safe, take time to pause & breathe!”, one comment read.

Read Also: WENDY WILLIAMS HOSPITALIZED AFTER REFUSING TO EAT AND BEING SUICIDAL 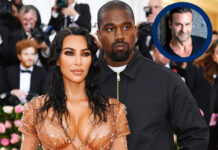