Home Uncategorized The 10 Best Sony PlayStation 2 Games Ever Made 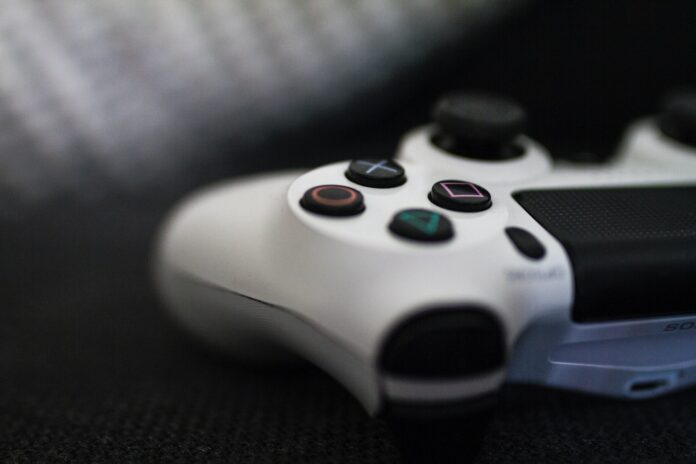 Even though it is already phased out today, the Sony PlayStation 2 (PS2) delivered a lot of satisfying game times during its prime. If you still have a Sony PS2 at hand right now, you are one of the few people who are lucky enough to preserve it. However, if you do not have this console and you wish to play the PS2 games you love so much, there is another way you can do that. Emulators for the Sony PS2 are available all over the internet on sites like Gamulator.com , and when you download the right Sony Playstation 2 ROMs, you can enjoy this gaming experience once again on your very own computer!

Yes, way back 2005, the first God of War video game was born, and it is so different compared to the released reboot last 2018. This brutal game series would be considered as a not-so-kid-friendly kind of video game, but let’s admit, we all had a lot of fun beating up foot soldiers and mercilessly slaughtering beasts whenever they attack us.

The world revolves around the dark sides of Greek Mythology, and you will get to play a character named Kratos, the protagonist for the whole God of War series. Throughout his adventures, you will get to face different enemies, puzzles, some adult scenes every now and then, and of course, various Greek gods that will either assist or murder you during your travels.

Music lovers also got their fair share of PS2 gaming enjoyment! Every once in a while, we all felt the adrenaline as make-believe rockstars while we were holding our controllers for Guitar Hero. Back when the game was released in 2005, it came with a Gibson-styled plastic guitar for a controller, and the 5 buttons and pick trigger made it possible for us to play the game a lot easier. If you like pumping up your energy to successfully nail those expert tracks, you’re lucky if you didn’t get Carpal Tunnel Syndrome after these intense guitar-gaming sessions.

Kingdom Hearts may just be one of the best games that got deep within our hearts. Portraying a unique and intriguing mashup of Final Fantasy and Disney, you will be playing as Sora, a jolly kid who has an outstanding amount of power. You will travel along with Goofy and Donald Duck by your side, attempting to get rid of the Heartless as you visit different worlds to save them. You will also get to meet other Disney and Final Fantasy characters such as Aladdin, Alice, Hercules, Cloud, and many more, making it a very interesting game both for kids and adults.

Most PS2 players enjoy the classics, and Final Fantasy X was definitely one of them. In this game, you will be playing as Tidus, who goes on a quest to stop an evil entity named Sin after it destroys his hometown. Teaming up with Yuna (a magical summoner) and other party members, they prepare themselves for the massive adventures awaiting them in Spira. Featuring a heartfelt story, excellent boss fights, and amazing cutscenes, Final Fantasy X is one of the most sought out games available in the PS2.

If you were too afraid to skate during your childhood, that’s okay! Tony Hawk’s Pro Skater 4 gave us this exhilarating experience without us even leaving the couch. Featuring a weird sense of adventure, you will get to skate all around town, finishing up missions you could get from other skaters. To top it all up, you will have the freedom to roam around all the time, and you can get more points from combos because of the updated trick list.

DMC3 may just be the best game in the overall series. It showed the conflicts between Dante and Vergil, making their relationship as brothers more complicated than before. Featuring a lot of fight scenes and intense boss battles, you will have to come up with amazing sword combos to successfully get Dante out of every situation. This is definitely one of the classics, and you can’t complete a list like this without DMC3.

Drugs, gangs, violence, and adult content: these are only a few of the things that make GTA: San Andreas one of the most memorable open-world video games ever created in the PS2. In this game, you will be playing as Carl Johnson (best known as CJ) as you reunite with your old gang members and try to keep the brotherhood alive. As you go on with your adventures, you can freely roam around whenever you’d like, and you will get to witness some customizations that could make your gameplay more interesting.

RE4 is one of the most iconic PS2 games of all time, mainly because it took a big jump after its prequels. Playing as Leon Kennedy, you will go on a mission to save the president’s daughter after she was kidnapped by some sort of cult. With realistic features such as a limited ammo count and movement restrictions, you will feel as if you are actually working as Leon throughout the entire game.

If you are looking for a more intense horror game, Silent Hill 2 is one of the all-time favorites. You will be playing in the game as James Sunderland, entering the town after 3 years of his wife’s death. You have to be careful while playing though because as you progress, it’s either you will continue playing the game or the game will play with your thoughts. Either way, this is the reason why SH2 still sends us chills up to this day.

For the final item, Shin MegamiTensei’s masterpiece ended up being Persona 3, the perfect turning point after its sequels disappointed many of their players. With a whole new animation and battle style, you will play as a male protagonist who leads the way in defeating the Shadows. Featuring an outstanding storyline and numerous side-quests, you will definitely enjoy this RPG in more ways than you know.

The items in this list are only a few of the best PS2 games you can get. If you are planning to install a Sony PS2 emulator and download ROMs, make sure to add this list on your preferences so that you can enjoy the adventures within them. If you have already played two or three of these, then that’s great! However, if you are not familiar with most of the games in this list, then ready yourself for the most intense gaming sessions of your life!