Renting a car has always been the safer and more economical option for many individuals, as it saves them money, while simultaneously relieving them of certain responsibilities that come with owning a car.

Whether you are a tourist or a resident of the United States of America, there are certain rules that have to be adhered to before you can rent a car e.g. having a permit to drive. However, in certain scenarios, one can never rent some cars on United States soil. Some of these cars are stated below.

Also known as “The Beast”, this is the official car of the President of The United States (POTUS) and it is meant only for the president. Alongside the beast comes, the most complicated and expensive motorcade in the world, with about 50 vehicles and over a hundred personnel. Now, attempting to rent this already sounds like a bad idea.

The Beast, which is a Cadillac 1, is less of a limo and more of a comfy tank. It is designed to prevent and survive any/all attacks. It cost a whooping sum of $1.5 million and weighs in at almost 20,000 Ibs, which is about the same weight as a Tyrannosaur Rex.

It boasts of a bulletproof body and a bombproof floor that is hermetically sealed to prevent biological attacks and is equipped with its own oxygen supply. Now, unless you have any long-term plans to enter politics and run for the presidency, do well to avoid renting the beast.

Named after the city in which the founder is situated (Vienna), the Deus Vayanne is the most powerful electric hyperactive car ever created. The car comes with about 2,200 horsepower and a futuristic interior, making it one of the world’s coolest cars, visually. This car was bought by many popular individuals from Hollywood.

The car is a collaboration between Deus, Italdesign, and Williams. Williams brings electric technology to the car, Italdesign is involved in the design of the car and Deus is the founder. It has a top speed of 400km/h and goes from 0-100 km/h in <2 seconds, which is insane.

This car’s qualities are for sure outside of the competition. Now, this car is going to come out in a few years, meaning it is neither available for purchase nor for renting now. Even if it comes out soon, it will not be advisable to rent it. However, if you do want to get the experience of driving a luxurious car, you can get other amazing luxury rental cars in Pittsburgh from Pittsburgh luxury car rentals. You can find out some luxury cars using one click and go to 14cars.com.

The Boat Tail is a two-door convertible, a mid-sized luxury car made by Rolls-Royce Motor cars. Rolls-Royce needs no introduction in regard to its status as one of the world’s most luxurious brands and it did not disappoint in the creation of Boat Tail. The name Rolls Royce is already a well know brand without any doubt. This is not even a brand it is a legend. Launched in 2021, the car is estimated at an outrageous price of $28 million roughly.

With this price, the demographic that will enjoy this vehicle is quite restricted. The bespoke detailing of the Boat tail speaks to the different levels of craftsmanship invested into the production of the vehicle. Only three of these car brands will be produced, with two already made.

It is with a high level of doubt that this car would be available for rental. Usually, luxury and uniqueness are not for rent. The service for this car is way too expensive for rental agencies and not that popular among random people who can plan to rent it.

It won the title for the most expensive car and maintained that title up until the year 2021 when Rolls-Royce revealed another car. The car costs about 20 million USD. The producers made the car in memory of the Bugatti Type 57 Atlantic that got lost during WWII. The inspiration came from history with its predecessor the Noire.

The body of the car was built out of carbon fiber and all of its parts are handmade. With its 1500 horsepower, it can go up to 60 mph in 2.5 secs and reach a speed as high as 261 mph. The car model took about two years for all tests to be done after which it was recently given to its owner, who has chosen to remain anonymous. Since only one was produced, it is safe to say it is not among the cars for rent in the USA. This model is fully historical in the Bugatti family.

This car, produced by Rimac Automobile – a tech company from Croatia, is one of the fastest cars in the world. Moreover, it is actually the fastest-accelerating production car in the world. Only a hundred and fifty of these cars are going to be produced, yet only one has been made.

It costs about $2.4 million. Goes from 0-60 in 1.84 seconds, such that during its testing when placed at gear 2, the driver recounts that it felt the car wanted – to jump or fly. Its tires grip on roads varies therefore; this car has not been declared roadworthy yet. This is definitely not a brand that can be found among US car rental options.

It is also from the safety measures, as rental agencies do not want to take the responsibility for any damages to this brand. As well as, there is no guarantee that a driver might be as qualified in driving Ferarri as is expected from him or her.

To sum up, all the cars mentioned above you need to understand that all these models are crazy expensive in their service. You can find out alternative and way cheaper luxury car brands suitable for you. 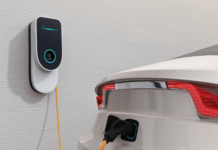 Best EV Chargers on the Market In 2022 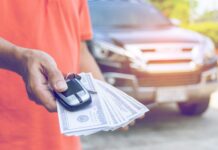 Benefits Of Cash for Cars for Toowoomba Residents Nina Smith - November 28, 2022 0
A concrete drain is a great way to direct water away from your home or business. It is important to make sure that the...