Many were surprised when 63-year-old former model Jerry Hall and media mogul Rupert Murdoch were first seen as a couple in public five years ago.

The engagement was announced in January 2016, and the 25-year age gap was clearly not a problem for them. Trolls claimed that it would not last, but it seems that the couple decided to defy all obstacles, including negative comments. Hall, on the other hand, has a long history of famous lovers and husbands, and Murdoch is only the last in a series.

Jerry grew up in a large family in Dallas and was discovered by an agent while sunbathing with her twin sister Terry in Saint Tropez on the French Riviera. She moved to Paris, where she lived with singer Grace Jones, and that’s where it all started.

Hall has appeared on several covers of prestigious magazines such as Vogue and Cosmopolitan and was one of the most sought-after models of her time. She attracted the most attention in her life by her choice of men.

It was known that Jerry and artist Andy Warhol were great friends. They spent many sleepless nights together, Warhol painted the model several times, but many said the couple was much more than just friends. They never confirmed it.

Singer Bryan Ferry was introduced to the model in 1975, the year after she appeared on the cover of his album. They started a relationship, and only five months later, they announced their engagement. Hall was 19 at the time, and Ferry was 30.

They were together for two years but never married. Unfortunately for Bryan, Jerry met The Rolling Stones singer Mick Jagger in 1977 and left him.

A turbulent relationship that lasted 23 years

Jagger was not alone at the time either, but on the contrary, he was married to Bianca. He invited Ferry and Hall to dinner one day, and the model later said she realized Mick was watching her the whole time. Jerry immediately broke off her engagement and began seeing the famous musician, and Jagger left his wife a year later.

The couple had been together for 12 years before they stood in front of the altar. The ceremony was held in Bali in 1990. During a turbulent relationship, they often broke up, and before they got married, Hall left Jagger because he didn’t want to get married.

They later told the media that they only “parted briefly” to sort out their thoughts. Two years after the wedding, Hall left the musician again for a while but returned to him. Together they had four children.

When Georgia May was born, Jagger left Jerry and traveled to Thailand with Carla Bruni. They never confirmed those stories, and Bruni told reporters at the time that Jagger was a fossil and that his wife was free to keep him. They divorced in 1999, and Hall pointed out that she could no longer bear his scams.

They spent 23 years together, and Hall sought the annulment of the marriage because she did not want to file for an official divorce. After the divorce, Jagger and Hall had only nice words for each other, and the reason for that was their children.

After Jagger, Hall dated Microsoft co-founder Paul Allen. The paparazzi caught them on his yacht, but after two months, they refused to confirm that they had ever been together. A year later, she found herself in the arms of film producer George Waud, who is 11 years younger than her.

The couple was together for two years, after which Hall went from boyfriend to boyfriend until she settled down with media mogul Rupert Murdoch. 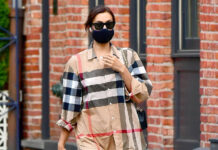