Home CBD How Is THC-O Distillate Made

Suppose you are a cannabis enthusiast who has just discovered the THC-O distillate. In that case, you are probably over the moon or shocked right now at a cannabinoid that is reputedly three times more potent than the THC.

The THC-O is a non-natural cannabinoid that potentially leaves a psychoactive effect on users. So, this is not a moment for you to throw yourself headlong into THC-O distillate if you are cannabis dependent.

The synthetic cannabinoid is undoubtedly available to purchase digitally. Thus, while cannabis lovers use it recreationally, scientists are consistently researching its medical potential.

However, if its use is safe or not is completely still up for debate. Hence, in this write-up, we will discuss how THC-O distillate is made, its legality, medicinal benefit, and probable side effects. So let’s dive right in!

THC-O acetate is a synthetic compound that is obtained from hemp plants. It causes psychoactive and euphoric effects after use, and because it doesn’t occur naturally, it is produced by the acetylation of THC. Acetylation of THC is done by a chemical reaction that replaces hydrogen with an acetyl group to create THC-O.

The process eliminates all terpenes and flavonoids, leaving behind only the THC isolate hence, the reason for the THC-O potency. In addition, the compound acts similarly to THC and is known for its anti-nausea and anti-anxiety effects.

The Process Of Making THC-O Distillate

You should know that you can’t make THC-O distillate in your home. There are tons of reasons you shouldn’t do that, but let’s begin with the fact that THC-O is an artificial cannabinoid made by scientists. That means that it probably takes a lot of chemistry and specialized equipment to get a batch of THC-O distillate right in front of you.

Moreover, THC-O is made using volatile and flammable substances to ensure that the compound is 99.9% pure. However, we’d walk you through some of the theory processes so that you could have an idea of how the THC-O distillate is made. Let’s begin.

The winterization process is the next, which involves removing fats, chlorophyll, and other unwanted materials from the extract. Finally, the process creates a higher purity of the THC-O before distilling the extract. Afterward, the extract should go through the distillation process. With pressure and heat, the cannabinoid is purified until a fully impure, odorless, and tasteless THC-O distillate is obtained.

The Effects Of THC-O

When the THC-O hit the market, consumers seemed to be comfortable with the buzz despite being three times stronger than THC and having high hallucination and psychedelic effects. It is sometimes even fondly called the psychedelic cannabinoid. Even though there has been limited scientific research on this compound and very little is known about its effect.

Still, Consumers reported that the cannabinoid evokes spiritual sensation and introspection by experiencing joy, buzz, creativity, and many more. It can also boost appetite, reduce pain and anxiety, and more amongst consumers. However, while the THC-O cannabinoid has received some positive feedback, it has also received several negative feedback.

Consumers report that the synthetic cannabinoid gave side effects such as hallucination, seizures, anxiety, vomiting, dizziness, paranoia, etc. Therefore, it is important that when being used for recreational purposes, the cannabinoid should be ingested in moderation.

There’s still a lot of research that needs to go into the medicinal and therapeutic benefits of the THC-O. Still, the cannabinoid shows a lot of potential due to its molecular structure and reported positive effects. THC-O is mostly used for its fast effect and quick emission into the bloodstream.

However, there is a huge debate surrounding the health benefits of the cannabinoid, even though it is thought to be safer than other cannabinoids. In addition, THC-O is federally legal in the US, unlike THC, which is legal in some states and illegal in other states.

Plus, consumers have generally reported the cannabinol ability to aid sleep, increase appetite and help ease the pain, similar to most THC cannabinoids.

The effects of the THC-O also last longer and is non-addictive. Hence, making it a valuable tool to be further researched for medical purposes. In summary, here are some of the benefits of taking THC-O distillate:

Scientists do not know much about the effect of THC-O and are constantly trying to learn more. Still, consumers’ use of the cannabinoid has led to several reported side effects such as anxiety, hallucinations, seizures, vomiting, and more. However, the major danger of using this cannabinoid comes with overconsumption.

THC-O acetate is so potent that a user must start slow with its dose and gradually increase as the body adapts to the effect. Some common issues that a user might suffer if THC-O is overconsumed are:

Suppose you notice any severe effects after the use of the THC-O distillate. In that case, you must contact a medical doctor as soon as possible. However, if you use the distillate as a medical prescription, be sure not to overdose on it.

The THC-O acetate is a different cannabinoid that can produce a euphoric feeling than any other cannabinoid. Still, we recommend that the cannabinoid is taken in small amounts by first-timers who do not know how tolerant their body is to THC-O.

Plus, many unknowns are yet to be discovered, so taking THC-O in reasonable amounts could prevent you from serious medical issues in the long run. Click here to learn more about the THC-O distillation process! 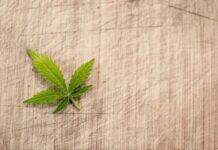 Cannabidivarin (CBDV) – Next Chapter in the Field of Cannabis? 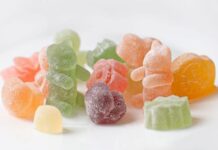 List Of Powerful THC Gummies That You Can Try 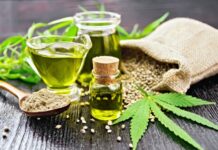 Are Marijuana Seeds Legal In The USA?