Celebrities are opening up to the world about their addictions. Mental health and drug or alcohol addiction was considered taboo in the whole world. However, things are now changing. Psychologists are increasing awareness regarding mental health issues. One of the causes of getting addicted to drugs and alcohol is mental stress and depression.

Therefore, as more celebrities speak about it, they are getting relaxed and paving the way for others. A lot of celebrities have talked about how they got involved with these things, got addicted to them but overcame it. This courage came from the encouragement of their fans and media.

We already know how this industry is and the common use of alcohol at parties makes you get addicted to it without even trying. So if you are also one of those who are struggling and want to get rid of it, there are various opportunities and rehab centers that work for this.

It is also possible that you do not want others to find out about your addiction. In that case, you will need a rehab center that is isolated and ensures the privacy of their patients. This is Hollywood Hills, recovery and treatment center for substance abuse. It is located in the private hills of Los Angeles. Therefore, you can relax and get your treatment without worrying about anything.

Click here to visit the detox center in Hollywood. We know it is tough to speak about a problem when you are going through it. However, the situation will change after the fight. If you win, you will be happy to talk about the struggling period. Therefore, do give it a thought and get back to a normal healthy life.

But you still need encouragement. So here is a list of celebrities who went through the same thing and are fin now.

He is famous around the world because of his role as Iron man. Thus, he had a global fan following but that never put a stop to how he speaks about his substance abuse.

According to the actor, he got drugs during his teenage time. Afterward, he started using them and got addicted. Therefore, even during the early days of his career, he said, he was always under the influence of drugs. He is also famous for his arrests, as they were too high profile. He was arrested during the late 1990s and also during the early 2000s. Is arrests were related to his misuse of alcohol, heroin and cocaine.

Then he got admitted to a rehabilitation center and got his treatment. After getting treatment, he announced his recovery in 2002. The role of Iron man was offered to him in 2008. This gave a kick start to his acting career and he got fame.

She also started her career during her teenage time. According to Demi, she was an actress in a family-friendly TV show when she first consumed cocaine. She was only a 17-year-old girl at that time. Afterward, as she started her singing career, her abuse of drugs went too far. After some time, she got addicted to different drugs and also started consuming alcohol in huge amounts.

All this substance abuse not only disturbed her life but also created further problems. She suffered from mental stress and also eating and bipolar disorders. Thus, she had to take treatment in 2010. But she never hid her rehabilitation and recovery and was quite open about it. You can see her talking about her addiction and recovery in various interviews and social media. And if you pay attention, you can notice things in her music too.

Another famous character player, Ben Affleck. Affleck even has the award for Argo and Good Will Hunting. He also has a global fan following but he still speaks openly about his addiction and how he got rid of it. He was an alcoholic for a long time. The very first rehab treatment that the actor got was in 2001. According to him, this was his most difficult lifelong struggle.

After all, we are human beings and we will make mistakes. Ben again started drinking alcohol and reached his maximum. Thus, in 2018, he was again admitted to a treatment center. But the important thing is that he was and is not ashamed of that. According to him ‘If you are struggling with a problem, getting help is not a failure or weakness, it is actually courage”.

He is also famous for his Academy Awards. But things are not always easy for famous people. Though life is not easy for everyone, but these famous ones are those who give us some courage to speak about our problems. We can be related to them that if they are suffering from this thing and are ok with taking treatment, why should we hesitate.

Bradley Cooper also went through some hard times because of his addictions. According to him, the addictions were ruining his life. Thus, in 2004, when the actor was 29 years old, he decided something. The decision was to get rid of his addictions and therefore, he got massive respect from fellow actors and actresses. Industry and actors also know him as a bankable leading man in Hollywood.

She had a tough life even in the early days of her life. In 1989, she was only 13 years old but her condition was too bad. She started getting her treatment from a rehabilitation center. As she was from a media family, her first role was when she was 6 years old. Thus, there was an increase in her involvement with fellow stars.

According to her, she started drinking when she was only 9 years old. As a child, it was not possible for her to control herself and she further goes into this sink. At the age of 9, she got alcohol, cocaine and marijuana. But she overcame all this and chose life. 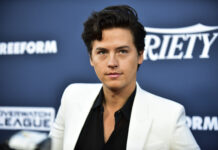