Home Life How Could A Conviction Affect Your Future

You paid your due to society, and you thought the punishment is over. But then, the awakening starts. In practice, a huge number of former convicts don’t know the meaning of freedom in the true sense of the word. It usually happens that they have no money, but also that there is no work for them. During the sentence, many of them are forgotten by friends and even family members. Some do not have the right to a driver’s license, and some do not even have personal documents. How does conviction affect their future, and is there something ex-convicts can do about it? We will reach for some answers.

Leaving The Old And Starting A New Life Is Not Easy

For most ex-prisoners, finding a job after being released from prison is a real nightmare. Most employers refuse to hire a freshly released convict. Some research found that more than 60 percent of former convicts do not have a job even a year after their release from prison. And that is the first step to reintegrating these people into society. Even when they find a job – it is poorly paid, and their employers are not so supportive about helping them assimilate into society.

After serving your sentence or after a decision on parole – you will be released from the penitentiary institution. After leaving, you will acquire all the rights that other citizens have. Some rights may be restricted only when there are precautionary measures or other legal consequences of a conviction imposed by a court. Getting out will be easier if you know the answers to these questions:

How Could A Conviction Affect Your Future

When it comes to ex-convicts, most people have “that look” on their faces. Namely, we all approach them with caution, which is fine – but often full of prejudice, which is certainly not OK. Therefore, it is very important what resocialization programs are provided to former convicts. Some US states have very good programs that help ex-convicts to integrate into society as quickly and better as possible. However, in most cases, convicts encounter certain difficulties that slow them down and make it impossible for them to build a new and better future. What are the obstacles they most often face?

It Is Hard To Find A Job

After you get out of jail and start a new life – one of the first things you have to do is find a job. Most convicts who once had a job were probably left without it. Condemnation is something that will accompany you throughout your life – especially during your job search. Don’t expect this to be an easy task, because it won’t. Most employers will try to close the door on you – and prejudice is something you will face.

On the other hand, employers usually include detailed searches in this process – when hiring new candidates. Can you somehow prevent that? According to RecordPurge, ex-convicts have the option to exclude or delete criminal offenses or offenses committed from the public record. This can help you, but for such a thing – some other conditions must be met that you should be properly inquired about.

Difficulties Of Finding A Place To Live

After you are released from serving your sentence – one of the first things you need to do is find an apartment. This is sometimes extremely difficult when you are an ex-convict. The first thing after you are convicted – is that you are usually left without the apartment you were staying in until then. After you go out, you have a criminal record – and that mostly makes the community not accept you with open arms. Therefore, former convicts very often have a problem finding an apartment and concluding a lease agreement. This is especially difficult for convicts who have criminal offenses related to sexual offenses, drugs, or violent behavior behind them.

Penalties, Court And Other Costs You Will Face

Most crimes committed involve the payment of fines that are commensurate with the size of the crime committed. However, despite the prison sentence, it often happens that you have to pay damages or other fines that sometimes have very high amounts. Why pay them if you have taken away debt to the state? You have to! Especially if the crime was directed against someone else’s property. Such sanctions are common in the USA and states such as Texas – and you may be deprived of your property if you do not pay the fine.

Losing The Right To Own And Carry A Weapon

Under the laws in force in most states, you acquire the right to bear arms with an almost perfect record. It is therefore not surprising that ex-convicts lose this right and must not possess firearms. However, under current laws in states such as Texas, a former convict can regain that right, but with certain conditions. Namely, the convict can regain that right after the expiration of five years from the termination of the criminal sanction. A criminal sanction includes both a prison sentence – and a suspended sentence or probation to which a person is sentenced. Of course, even when you manage to meet all these conditions and re-obtain a permit to carry and possess a weapon – you can use this privilege only in the place where you live.

The fact is that after serving a prison sentence or other sanction – a large number of ex-convicts want to start a normal life and get involved in the community. However, life sometimes brings different rules, so you need to adjust. Sometimes it takes patience for the community to finally accept you as their member. But keep in mind it’s the part of your road to full rehabilitation. However, you should take advantage of certain benefits that are available to you – so you can remove your criminal file from evidential. That way, it won’t mark your whole life and return you to recidivism. Of course, to be deleted from the records, you need to meet certain conditions, and above all – live properly. But, that’s the goal of rehabilitation, isn’t it? 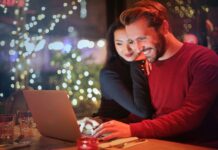