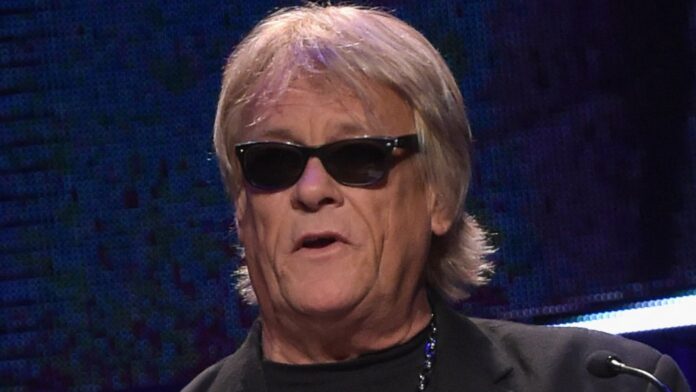 Sadly, there is another name to add to the list of celebrities that we have lost in 2023 when another music star passed away. Brian Howe, the former lead vocalist for the English hard rock band Bad Company, died on May 6, 2023, at the age of 66, according to TMZ.

The singer who reportedly had “heart problems” and had a heart attack in 2017 died after suffering cardiac arrest, either “at home in Florida” or “possibly on the way to the hospital.”

Howe found fame when he replaced Paul Rodgers as a singer for Bad Company in 1983 with the album Penetrator after being recruited by his mentor, American singer-songwriter Ted Nugent. The Independent notes, “he was also behind most of the songs on the group’s most successful album, Holy Water, which was released in 1990.”

While the singer may have been best known for his work with the “supergroup,” there was much more to his musical career, which peaked in the 1980s and spanned nearly 40 years. And while his website notes that his post-Bad Company days might have been “on a Florida beach instead of curling up in a dark recording studio or traveling from concert to concert,” Howe took “his show on the road” because “that was the life of Brian Howe.”

Brian Howe was more than just the Bad Company singer

Fans who fondly remember Brian Howe after his death in May 2023 surely remember his time with Bad Company and admire him for being the force behind his platinum status Holy Water album. However, the singer was active on the scene both before joining the group in the 1980s and after leaving them behind in 1994 because, as he once admitted, according to the Independent, he was “just tired of doing all the work and then get nothing but resentment for it.”

Before taking the stage with the supergroup, the vocalist’s “career began” when he became a “member of the heavy metal band White Spirit,” the Independent explains. Things really took off for the performer when he started working with the guitar crushing showman Ted Nugent, which led to Bad Company.

After his time with the popular band, “Howe went on to have a solo career,” and although his later work “never reached the Bad Company level,” according to TMZ, fans can hear the 1997 songs Tangled in Blue, 2003 Toque, 2007 Diversity, 2010 Circus Bar and its eponymous 2018 collection. Now that the singer has passed away, fans will surely look back to appreciate all the music Howe brought to the world for hard rock fans to enjoy.