Naturally, any conference championship game is hyped. But the 2022 NFC championship game deserves to be. Sunday’s game has it all. Starting with two future Hall of Fame quarterbacks. Tom Brady of the Tampa Bay Buccaneers has proved he can win on his own. While Aaron Rodgers of the Green Bay Packers demonstrated that he still has it. According to www.cashbet.ag Green Bay is the early Fthisbetting favorite. But there will be plenty of gamblers eager to take the Buccaneers and the points. Historic Lambeau Field in Green Bay, Wisconsin, will serve as the venue.

Analyzing the CashBet Odds of the NFC Championship Game

In the beginning, Green Bay was bet up to half a point. The opening line at www.cashbet.ag was the Packers -3.5. It has settled at 4-points. Of course, Green Bay is one of the biggest brands on the pro football betting board. Offsetting that is Tom Brady.

Once upon a time, Tampa Bay was a team that the public avoided. Brady has flipped the script. He legitimized the franchise in the eyes of the betting public. That is how much cache the greatest quarterback of all time (“GOAT”) has with the masses. Tampa Bay has been transformed from a “go against” team into one that gamblers eagerly back.

By contrast, the Packers have an unrivaled tradition. It begins with Lambeau Field itself. Known for its “Frozen Tundra” at this time of year, the Packers’ home is a historic landmark. Even young football fans recall the 1967 Ice Bowl. That day the Packers beat the Cowboys in the coldest game ever played. It was also the last game that Vince Lombardi ever coached at Lambeau Field. Of course, the Super Bowl championship trophy is named after Green Bay’s legendary coach. Much like baseball’s Yankees, Packer history is embedded into the minds of gamblers.

Keep in mind that the betting line takes all of this and more into account. To be exact, the oddsmakers don’t set the line based on what they think. Instead, the odds are formed in anticipation of what they feel that YOU believe.

At the beginning is the battle of the quarterbacks. Tom Brady and Aaron Rodgers are future Hall of Famers. Brady is a six-time Super Bowl champion. In contrast, Rodgers has one Super Bowl title. Brady is a 14-time Pro Bowler. Rodgers is a 9-time Pro Bowler. Brady has three NFL Most Valuable Player Awards. Rodgers has two NFL MVP awards. Endless pages could be filled with their respective statistical triumphs. According to the information from this website, Brady and Rodgers command significant activity on the futures board.

Each quarterback had a fire lit under him for 2022. Brady wanted to prove that he could win on his own. He tired of being under the shadow of Patriots coach Bill Belichick. So too, did Belichick want to win without Brady? Another factor forcing Brady’s departure was personnel. Compared to the plodding Patriots, Tampa Bay had much more weaponry.

For Rodgers, the ultimate insult came in the 2022 NFL Draft. He begged the Packers to draft more playmaking receivers. Instead, Green Bay drafted Rodgers heir apparent. Quarterback Jordan Love of Utah State was tabbed as Rodgers’ successor. Upon that announcement, Rodgers poured himself a stiff drink. He faced a fork in the road. More emphatically, Green Bay lit his competitive fuse.

Tampa Bay head coach Bruce Arians were coaxed out of retirement in 2019 to take over the Bucs. While head coach of the Arizona Cardinals, he compiled a record of 49-20-1. Twice did he lead Arizona to the playoffs. Last year he went 7-9 with turnover machine Jameis Winston as the quarterback. Brady made Arians “smarter” with an 11-5 record. Arians is unique in that he has criticized Brady publicly. Whenever he does, Brady responds with increased production.

Matt LaFleur arrived at Green Bay for the 2019 season. He was a relatively obscure offensive coordinator from Tennessee. It follows that his connections to Rams head coach Sean McVay were a plus. LaFleur inherited a team that was burned out on predecessor Mike McCarthy. Aaron Rodgers responded with significant improvement once LaFleur was in charge.

Overall, the Buccaneers were 11-5 straight up and 9-7 against the spread. Tampa Bay finished second to New Orleans in the NFC South. The Bucs lost to the Saints twice in the regular season. But last week in the divisional playoffs, the Bucs suffocated the Saints in a 30-20 win. Tampa Bay’s defense stifled the Saints and intercepted Drew Brees three times. Accordingly, the Bucs’ 6th ranked defense is often overlooked.

Green Bay was 13-3 straight up and 10-6 vs. the odds. First place in the NFC North was their finish. Last week in the divisional playoffs, the Packers outclassed the Los Angeles Rams 32-18. Green Bay dominated with a 484 to 244 total yards advantage. Offensively the Packers mauled the Rams for 188 yards rushing and two touchdowns. Rodgers threw for 296 yards and two TDs.

The Overlooked Factor for Sunday

On the whole, the noise will be about the quarterbacks and Lambeau Field. But this game should be decided on defense. And that is where the Buccaneers could rate the edge. Green Bay likes to run the ball to protect its more suspect defense. Tampa Bay ranks first in the NFL defending the rush. With all else even, the Bucs defense could prove to be the ultimate unsung heroes. 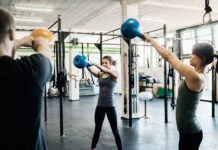 6 Benefits When Training with Kettlebells 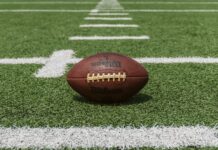 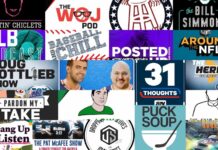