Home Gambling The Biggest Lottery Wins in The World

Many people love betting or playing various casino games because they represent an entertaining way to win some amazing prizes. On the other hand, most of these games require some experience and a lot of time and effort. In case you don’t like spending too much time while spinning some slot machines or playing any other game, you can always buy a lottery ticket, which is also a very popular way of trying out the luck for a long time. The main benefit of playing the lottery is that you only need to buy a ticket, and wait for a drawing. Also, you don’t even have to watch the drawing at the time, since you can always check the results online.

While your chances to win a jackpot by playing lottery are minor, main prizes in most of them are measured in millions of dollars, and that could surely change your life. Almost every country has its national lottery, while there are many private ones as well. You can visit this website to check some of the most popular million lotteries in the world, and some of the biggest wins’ people got by playing them. Here are some of the biggest lottery wins in the world.

There were two winners of a Jackpot price on Mega Millions lottery in the United States in 2013. They split a prize, with both of them winning 646 million dollars. One of the lucky winners is Steve Tran, who was working as a driver in some delivery company. He was on his vacation during the drawing of numbers, and he discovered that he is now a millionaire after that. Another winner of the same prize is Ira Curry from Georgia. She was watching a live lottery show and came for her prize the day after.

Mega Millions is known for having huge prize pools. In 2012, three lucky winners split 656 million dollars. One of them is a happily married couple from Illinois. Another winner comes from Illinois, and those were three people who named themselves The Three Amigos to remain private and to cover their identities. The third winner also chose to stay private. There are some states in the United States where you can choose to stay unknown when you win a lottery jackpot.

Powerball is one of the most popular lotteries in the world, and it is now for setting and breaking its records. This jackpot was a record win that one person ever got until that time. The winner is Mavis Wanczyk from Massachusetts. She was working in a hospital until she got the jackpot, and she quitted after 32 years of working there. Also, she got around $480 million after the tax cuts.

The Spanish national lottery is one of the biggest in the world and has a long tradition since it is running since 1812. The main price is called El Gordo, and the record for a jackpot prize in this Christmass Lottery is 772 million dollars. The main difference between the Spanish lottery and other ones is that numbers in this entertaining events are drawn by children who are singing. Also, the prize pool in 2018 was around $2.7 billion. 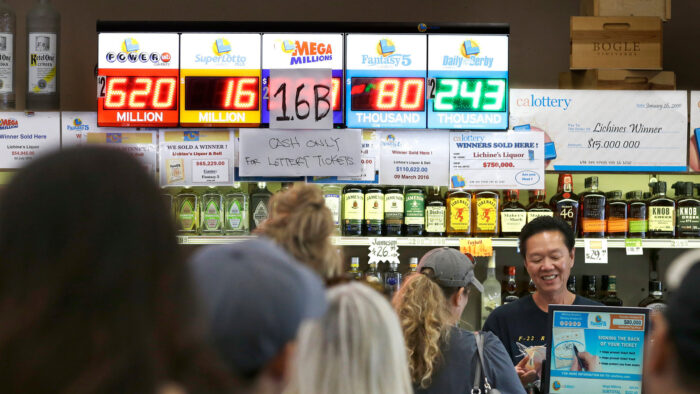 Mega Millions surprise us each year, with bigger prize pools that are constantly growing. After the tax cuts, the winner who chose not to cover his identity took near $900 million, which was a new record for a single winning prize when it comes to the lottery in the United States. The state of the person who got the prize also made a great profit from taxes, earning around 60 million dollars. Moreover, even the owner of the store where the ticket was bought got a bonus of $50,000. 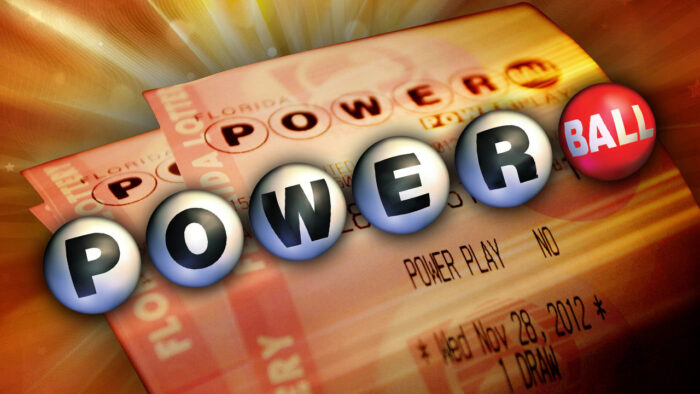 The highest ever lottery win was split between three lucky winners. Those three were couples, John and Lisa, from Tennesse, David and Maureen from Florida, and Mae and Marvin from California. Each winner got around $330 million after the taxes. The interesting story about the winners is that they mostly remained calm and continue with their lives just as regular. Mae and Marvin Acosta also gave a lot of money to various charity organizations.

Besides these breathtaking records, there are thousands of other amazing wins that you could get if you start buying tickets. For example, there are many lotteries with much smaller prizes, but the draws are more frequent, which means a higher chance for someone to win a prize. If you choose Lottoland, you can select from many popular lotteries such as Millionaire, Win-Win Charity Lotto, Lotto x5, Small Fortune, SuperEnalotto, Eurojackpot, and much more.

Also, the main advantage of betting systems that you have in Lottoland is that you will have much bigger chances to win. On the other hand, the prizes will be smaller, but you could still earn millions this way. Besides the lottery, you can also buy scratch cards, or try your luck in some online casino game.

The main reason why people choose to bet on the lottery instead of some other methods like sports betting or playing in the casino is that you only need to buy a ticket and wait, without the need to spend your time and energy like in other games on luck. While chances are very small for someone to get the main prize in the lottery, many smaller prizes are still good enough for most people. For example, the average lottery will pay you around $100, or even more in some cases, which is a decent price considering that you paid that ticket around $5.