Stamp collecting is an entertaining and highly recommended hobby for kids. Even adults that have the same passion for stamp collection enjoy the hobby. There are no words that can paint the joy upon seeing the stamps gathered since our youth.

The hobby of collecting stamps can be both fun and rewarding. There are thousands upon thousands of stamps worldwide. Each stamp variant has its story to tell. They can also reflect the culture and history of its motherland.

Stamp Collection as a Hobby

Stamps are as classical and old as the very first mail delivered a letter. Ever since countries and nations regulated the post mail, stamps have been a desirable object for some enthusiasts. There were always people that enjoyed collecting these miniaturized little paper squares. Stamps have seen millions of design variants and are as colorful as they come.

Stamp collecting is both an enjoyable, entertaining, and rewarding hobby. Up to this day, some people would appreciate having unused stamps. Suppose you have stamps in storage; you can visit  www.sellunusedstamps.com and check out if your incidental collection can be sold. Avid stamp lovers would love to have your stamps as part of their craft book.

Each country would manufacture stamps that represent the specialty of their country. You can expect sceneries, leaders, famous entertainers, national animals, historical events, landmarks, and many more. If you are interested in stamp collecting, you can now buy stamps from worldwide sources thanks to the internet’s broad reach.

Stamp collection has even gathered different personalities into a singular hobby. Some collectors gather stamps as a serious investment. Some intellectuals collect stamps for educational purposes. Typically, most people collect stamps for their fun and entertainment. Everyone can appreciate the effort and creative compilations made by stamp collectors.

The Five Rare Stamps for Collectors

Stamp collecting has been prevalent since the earliest inception of the daily mail. These are small square stickers installed on the back of a letter envelope. To our surprise, some stamps are now considered rare and valuable for modern-day collectors.

The dominating Yellow of the Swedish stamp was a rare malfunction. The three-skilling stamps were supposed to be printed in blue-green. The yellow stamps were printed as a result of a printing error. Luckily for modern stamp collectors, the yellow stamps saw a brief circulation during the 1850s.

The Inverted Jenny dating back to the early 1900s is the United States’ most famous and rare stamp. The stamp series was produced during a brief print run and creative error. Until today, the Inverted Jenny is a valuable collector’s item to stamp enthusiasts. There are over 100 Inverted Jenny stamps in circulation.

How To Spot A Fake Stamp?

While there are plenty of stamps out there, knowing how to identify authenticity is essential. Here’s how you can tell whether a stamp is fake or real:

Are Stamps A Good Investment?

Stamps have been a good investment for those who are looking to diversify their portfolio. In the United States, stamps and postage remain inexpensive at about 44% of typical household expenditures on goods and services. The cost is stable, with recent increases being slight – just over one penny in 2011-2012 (Source: USPS Consumer Price Index).

This makes it an attractive way to invest money that has nowhere else to go while still having a chance of rising in value.

It can be tempting when considering something like stamps for investment purposes to think only about current price levels without considering other factors such as demand or popularity.

Still, from many perspectives, these don’t seem too negative either. For example, there’s continued interest in stamp collecting. Surprisingly, stamps have increased their value by 6% annually since 1980.

The USPS has noted that “Stamp collecting has come back in a big way.” And while the number of stamp collectors is small – only about 15% of Americans collect stamps – their enthusiasm and interest mean more sales.

Stamps have been a collector’s item since the postman’s era. Several individuals collect stamps either for profit, hobby, or personal entertainment purposes. Stamps are typically printed representing a country’s leader, famous landmarks, historical events, and cultural uniqueness. Today, there are only a handful of rare stamps in existence whose numbers are limited in circulation. 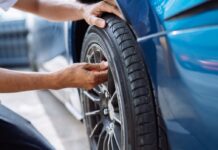 6 Stupid Things That Almost All Drivers Do (but Not You!) 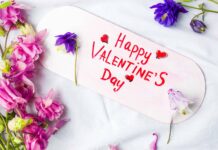 Is There a Correlation Between Intelligence and Happiness?