I grew up speaking one language: English. This was in spite of the fact that my parents and grandparents were immigrants from a country where English was no one’s first language. My parents wanted me to fit in and speak English fluently, so they only spoke English to me at home. At the time, this did not bother me, but today I wish they had occasionally spoken to me in German, if only so that I could speak to my grandparents more easily.

However, even if I was hardly fluent in the language, I did pick up some German, and not only because my grandparents spoke it. Like so many kids with parents who are fluent in another language, my parents would speak it when they did not want me and my siblings to understand what they were talking about. Inadvertently, they gave us some idea of the way the language worked, along with some of the most common words.

A few years ago, I decided I wanted to speak more German. It is not a particularly useful language in this country, but language is always an excellent way to reconnect with your heritage and I already had some basics sorted in terms of both grammar and some basic words. I took a number of different approaches in my quest to learn German, not least making use of lingopie in the hope of finding a way into properly learning the language. But none of these methods were as effective as the simple act of listening to my parents and grandparents as a child.

This made me wonder if schools and colleges went about teaching languages the wrong way. And if so, did this apply to modern language apps too?

I asked some questions and did some online research. Here’s what I found.

The people best placed to answer this question for me were a couple of English second language (ESL) speakers. Where better to start than with my own parents?

They told me about their early days in the country and how it informed their respective relationships with their mother tongue. My mother arrived at the age of two, so she only remembers living in an English-speaking country, but her parents still spoke German so she learned it at the same time. My father, on the other hand, arrived at the age of ten. He had to learn English in classes, while at the same time going to a school where all the lessons were taught in English.

He described the ESL classes as useful, but he told me that he actually learned to speak the language by being around other kids. He has always had the kind of personality to make friends no matter what the barriers and that applied in school as well. He found a friend group before he could even speak to them!

He explained to me that the English classes had helped him learn to read and write, but the lessons always felt incomplete. The reason he speaks fluent English today is not because of the formalized lessons he took as a kid, but because he was living in an English-speaking country and spent a lot of time around English speakers, so it was inevitable that he would pick up the language just going by his day.

This was not very helpful for me as someone who wanted to learn a foreign language while living in America. Yes, I had access to my parents, but there is only so much we have to talk about. Fortunately, I found a way to listen to conversations in German without having to spend months in Germany.

Today it is possible to learn German simply by watching German TV shows. When I have told people this, they have thought initially that I was joking. It sounds too easy. The reality, however, is that TV gives us more access to foreign languages than any other platform. Watching series and movies is a way of hearing how the language is spoken, rather than sitting in a class learning words and sentence structure. After all, famous actress, Mila Kunis, who is herself an immigrant from Ukraine, learned to speak English just by watching American TV!

It also helps that there is an app specifically designed for this purpose. A Lingopie subscription provides thousands of episodes of TV in foreign languages that you can binge. The process gives you the opportunity to engage with a language without having to find people patient enough to talk to you every day.

Lingopie provides more than just TV shows. It comes with interactive subtitles on a highly effective platform. You can click on subtitles to learn more about words, phrases, and grammar. When you are done with the show, you can go back to these specific subtitles to revise what you have learned.

Learning a language from watching TV sounds great, but it will not work in isolation. While you will pick up some stuff, you do need to do some of the foundational work. There is no perfect way to learn a language, and you need to take the opportunities you get. Holistic learning is always better than choosing one simple approach.

Part of the process will be tedious lessons in vocabulary and sentence structure, but this kind of logical approach to languages can never be enough. It sets you up to read and write the language very well, but not to have conversations.

With a solid foundation, watching the language spoken on screen concretizes what you have learned. You still need to find people to speak to if you want to practice, but you are not limited to their availability.

In theory, the best way to learn languages in 2023 would be to live in a country where the language is spoken. For most of us, that is not possible, and until then there is no more enticing teacher than TV. 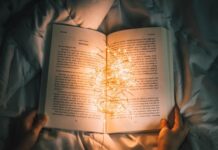