The history of domestic helpers in Hong Kong dates back to the late 19th century. At this time, the city was undergoing rapid industrialisation and it needed a large number of laborers to work in its factories and workshops. Many of these laborers came from China, and with them they brought their families – including domestic helpers.

A domestic helper is an indispensable asset in many households. These women were primarily responsible for taking care of household chores such as cleaning, cooking, laundry and childcare. In addition to this, they were also expected to act as nannies or governesses for the children of wealthy families – teaching them basic skills such as reading and writing in English.

The demand for domestic helpers continued to grow throughout the 20th century as more people moved into the city looking for work opportunities. By the 1960s there were over 100,000 foreign domestic helpers living in Hong Kong – most of whom came from Indonesia and Philippines but also from Thailand and India too.

With so many people working long hours in factories or offices during the day – there was very little time left over for taking care of household chores at home. This is where foreign domestic helpers stepped in – providing much needed relief to busy families who had little time or energy left over due to their demanding jobs or business commitments outside home.

Reasons for Hiring a Domestic Helper

Benefits of Hiring a Domestic Helper

We all understand that having a family is a great responsibility. With the daily hustle and bustle of our lives, it can be difficult to juggle both work and home. That’s why hiring a domestic helper can make all the difference in making our homes run like clockwork.

A domestic helper is someone who provides assistance with tasks around the house such as cleaning, cooking, taking care of children or elderly people and other household chores. They provide invaluable help to those who need it most – busy families with little time on their hands.

One of the most obvious benefits of hiring a domestic helper is that they free up your time so that you can focus on other important matters such as spending quality time with your family or focusing on work-related tasks which may have been neglected due to lack of time at home.

Hiring someone who knows what they’re doing in terms of household duties allows you to take care of everything else while still allowing for complete peace-of-mind knowing that your home is being taken care of by a professional and experienced individual.

Another major benefit is that you don’t have to worry about training them since most helpers are already knowledgeable when it comes to housekeeping duties like sweeping and mopping.

Domestic helpers in Hong Kong have an important role in the city’s economy, but they are often faced with many challenges. Domestic helpers are hired to help families with childcare, elderly care, and other domestic tasks. As a result, these workers often have little job security or legal protection and can be vulnerable to exploitation.

The first major challenge faced by domestic helpers is the lack of labor rights and protections in Hong Kong. Under current laws, domestic workers are not entitled to minimum wage or overtime pay; their work hours can be unpredictable; they may not receive adequate training; they may not be given proper rest days; and there is no cap on agency fees charged by employment agencies.

These employment issues make it difficult for domestic helpers to secure stable employment that meets their needs and provides them with a living wage.

They have little recourse if employers fail to pay them wages on time or do not provide them with adequate rest days as required by law. Additionally, some employers attempt to withhold wages of departing employees if they fail to give sufficient notice before leaving the job.

Rights and Protections for Domestic Helpers in Hong Kong

Domestic helpers in Hong Kong face special challenges due to the unique nature of their job. While they are employed by a family and thus have certain rights under employment law, they also lack many of the protections afforded to other workers. As such, understanding their legal rights is essential for both employers and domestic helpers alike.

The Labour Department of Hong Kong has established a minimum wage for domestic helpers at HK$4,310 per month as well as statutory holidays and sick leave entitlements. Domestic helpers are also entitled to overtime pay if working more than 48 hours per week and must be provided with free food or an allowance in lieu thereof.

In addition, employers must provide domestic helpers with suitable living quarters for free or make an appropriate allowance in lieu thereof. Domestic helpers are also protected from unfair dismissal under the Employment Ordinance unless there is just cause (such as serious misconduct) for termination of employment without notice or compensation.

Employers must allow at least one day off each week (Sunday is preferred) and give reasonable notice before terminating the contract without cause; otherwise they may be held liable for damages incurred by the helper due to late termination. Domestic helpers can also take annual leave, maternity leave and paternity leave provided that their employer agrees; these entitle.

Hong Kong domestic helpers play an essential role in the city’s economy and society. They provide essential services for families, perform difficult tasks, and maintain a high degree of professionalism. This hard work is often unseen and undervalued, yet it is absolutely necessary for Hong Kong to function. We must recognize the importance of these workers and do all we can to ensure that their rights are respected so that they can continue to serve their communities with pride. 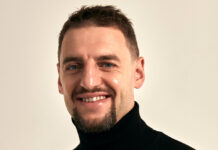