Home Education Does An IQ Score Measure Your Practical Intelligence?

The most interesting thing related to intelligence and its measurement is that different methods can be applied. Also, we can notice that there is a constant discussion related to which of these methods are accurate. The basic definition is that intelligence represents the ability to memorize and learn new things easier. However, many scientists think that it is much more complex, which is the main reason why defining it is complicated.

The introduction of the first tests was in the 20th century. Also, different approaches can be applied, like general intelligence, Triarchic Theory, and primary mental abilities. If you are interested in the common form of an IQ test that is popular today, check out iq-global-test.com.

There are different types of intelligence tests, like Wechsler’s Scale, Stanford-Binet Scale, Woodcock-Johnson Test, and more. They are being used to test people’s abilities for different circumstances, like education, job interview, and more. The main focus is on skills like logical thinking, the ability to memorize things, reasoning abilities, speed of processing, and other abilities that come with a higher IQ.

Still, many experts think that there are some deficiencies found in common tests. For instance, the issue is related to measuring the level of someone’s ability to adapt faster or make fast decisions when needed. Most tests are related to education, but there is much more than that when it comes to rating intelligence.

The basic explanation would be that it represents a set of tasks and questions that are provided as a test of someone’s cognitive abilities. There is a connection between higher intelligence and success in different fields. However, it is not crucial to have a higher rating to be able to finish college or get a good job.

Still, there is a link in that since more intelligent people might find it easier to deal with various challenges. When it comes to rating, the average level is around 100, people with IQ lower than 70 are considered to have certain disabilities, while those with a score of over 130 are considered as being highly intelligent.

On the other hand, many experts disagree that standard tests should have high importance because their reliability is questionable. Also, some factors could have a negative influence on the score, like culture, health, access to public education, society, and more. For example, it does not have to mean that someone is not intelligent if that person didn’t have a chance to have a proper education. That is the main challenge of these tests in the first place.

According to many psychologists, the Triarchic theory is closest to defining the test. It is focusing on different abilities that people can have, not only those that can be developed with education. This theory has divided intelligence into three parts, analytical, experiential, and practical.

When it comes to analytical intelligence, it is related to the ability to use logic for dealing with different challenges. It is one of the most common forms applied in standard tests today. If you ever tried to test your intelligence, the part of the test with patterns represents analytic abilities. The experiential form is related to creativity and the ability to create new ideas. People a developed creative intelligence can perform better in tasks that include making new ideas.

Also, there is the practical form, which is the most complex type, especially when it comes to testing. It represents a set of skills that can be used to overcome issues, adapts to new ambient, solves various problems faster, and more. Therefore, it is difficult to measure this form of intelligence.

The best example is that some people might find it easier to cope with everyday things, even if they don’t have any notable achievements in education. Some can be great in science or have the ability to learn new things, but that does not mean that the person will have success in social interaction or any other things.

This type is developing over time, with experience you collect through your life and different challenges. You can improve it as well as your education. However, the process of developing these skills is different because you cannot learn that in the same way as other things. It will require you to focus on previous situations and issues you had, and make a conclusion from that along with the new solutions that will help you to improve different aspects of your life based on those previous challenges.

When it comes to testing, it is difficult to assume the score. The closest form that can be applied is the set of different tests related to cognitive skills, creativity, logical thinking, and more. The easiest explanation is that this type represents the ability to learn from your mistakes and circumstances around you. It is considered that leaders are those with a higher level of this form of intelligence.

We can notice that a lot of companies have introduced different forms of tests in the interviews for various job positions. When it comes to management and other positions where the new employee will have to lead a group of other workers, the combination of tests related to practical intelligence is considered as one of the most important forms. It is important to understand that it is different from a standard IQ test. Also, many experts are questioning the reliability of any form of measurement when it comes to IQ scores.

However, it is getting more popular and many people find it important as well. That is the main reason why these tests are common in schools, job interviews, the military, and more. Also, a lot of people are interested in this topic since they would like to know their scores. Still, even if you are not satisfied with the results, you have to know that our brains are much more complex and that having a higher score is never a guarantee for success in any field. 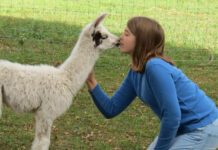