Playing casino games and betting outrageously high numbers are only seen as some good healthy competition by so many. Gambling is found to be relaxing and acts as a distraction from all else going on in the world. Therefore, people can spend hours upon hours at casinos, betting away, drowning in the cigarette fumes and fighting the intuitions that are screaming at them to stop gambling. Yet, their intuition rarely wins, so they either walk out of that loud, lightly dimmed building with some good money in their hands, or with nothing at all.

Interestingly, there has been a history of high gambling bets in the celebrity world. Many have used their high earnings to spend a few days, weeks (and honestly, years) in not only in land casinos but also in an online casino such as beaverdealer.com, trying desperately to bring out more than they went in with. Some highly respected musicians, authors, and athletes have lost stupefying amounts of money gambling.

Here are the 5 most intriguing stories of celebrities who lost their money (and their pride) playing casino games.

Ben Affleck has always been very open about his passion for card games. He loved to gamble away in Casinos when he wasn’t too busy playing the dreamy, standoffish hottie in the 2009 film, He’s Just Not That Into You.

Affleck’s most famous gambling story was back in the 2000s when he lost $400,000 in one poker hand. The New York Post got some inside information from a source who was close to Affleck. He admitted that Ben wasn’t the most skillful player and his then-fiancée, Jennifer Lopez, would constantly try to call Affleck to track him down as she had no idea what he was up to.

He never saw his time gambling as dangerous until after that one round that cost him a fortune. And soon, he was banned for life from playing blackjack at the Hard Rock Casino in Vegas. In 2001, he checked himself into rehab to work out his gambling issues.

For Affleck, losing $400,000 was enough for him to recognize that he had a problem. If only every other celebrity on this list did the same.

David Sanford Milch, an American writer, and television producer went a little (okay, a lot) off the deep-end during his many gambling pursuits. He has written two books and produced two of the most well-known series, Deadwood, and NYPD Blue. He has also received four Emmys. Milch made $100 million from these series, and he was more than comfortable (maybe a bit too comfortable) with his money.

However, what people did not know about him was that he spent his free time in the casinos for 11 years. From the year 2000 to 2011, he was wagering thousands of dollars on each game. Eventually, it caught it up to him. Within his gambling, he’d run up $17 million in debt after losing $25 million in casinos.

Milch’s wife did not divorce him but filed to sue her husband’s old business partners for allowing him to lose so much money. According to the lawsuit filed by his wife, one that is presented in People Magazine, he was on a $40 per week allowance and owed $17 million in debt. In total, he spent more than $24 million in casino games, and that does not include those that he spent playing with cash.

Milch’s gambling addiction had some serious consequences for him and his family. He made $100 million from all the hard work he put into producing those highly accredited television series’, but he got too comfortable with the money he made.

Kerry Francis Bullmore Packer was an Australian media tycoon. His family company controlled a high interest in the Nine television network and leading an Australian publishing company called Consolidated Press. He was worth $6.5 billion in 2004.

However, soon after, he had to say goodbye to most of that hard-earned money. One day, he decided to pack his things and go on a three-week casino binge. During his time gambling, he lost £15 million. Now that seems like a lot, but it gets better. At a later time, after he already lost £15 million, he went back and lost £15 million on three roulette spins! Talk about crazy. 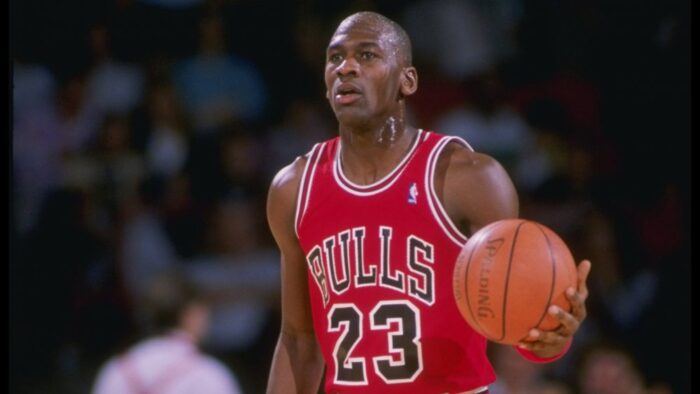 Having as much money and success as Michael Jordan can make money feel like grains of sand: Way too much of it and not that important individually. Jordan made millions among his first years playing basketball.

When Jordan first started gambling, he recognized that he didn’t have much skill at the gaming table. Unfortunately, he continued to gamble because he loved it, and had no idea what to do with all his money (I mean, would you?) He started to gamble all the time and didn’t lose much until 1993 when a bunch of his 100 dollar bills started flying away.

In 1993, Jordan began to speak out about his gambling issue after he lost $165,000 in an Atlantic City casino. Even though $165,000 seems like just a dent in his wallet of millions, it still had a huge impact on his bank account statement because that was not all the money he lost over the years. He began to see the consequences of betting so much money on each round.

Even though it may come as a shock that some celebrities have gambling problems and fall into debt from being careless with their trunks of money, it kind of makes sense. If you have that much money, like Michael Jordan, whose net worth was right around nine figures when he lost money in AC, why not wager some risky numbers from time to time?

On ESPN.com, they feature Michael Jordan, with a story about his gambling pursuits. They end the article by saying, “The surprise isn’t that there are dozens of gambling stories about Michael Jordan. The surprise would be if there weren’t any.”

Omar, who was the former vice president of the electronics chain Fry’s fell to rock bottom when he lost $167 million gambling. However, his story gets more and more fascinating as new details being to channel in. He may have lost $167 million in casino bets, but he also tried to pay it back with his company’s money. Or at least that’s what everyone thinks.

He has faced allegations for defrauded the San Jose company out of $65 million. He is said to have used a lot of that money to pay back some of the $167 million he lost previously. Aside from that, he was involved in some other fraudulent acts within the company. In 2011, he was faced with a six-year jail sentence.

Interestingly enough, he had many casinos after him to pay off his gambling debts. In another fascinating article by the New York Post, Omar Saddiqui’s history of gambling is eloquently documented. They mention some of the comments that his former workers and others made after finding out about these fraudulent acts.

Specifically, attorney Eric Sidebotham, who represents clients facing collections talked about the complexity of gambling addictions. He said he has seen far too many “very successful men, single, middle-aged fall into a gambling addiction trap. They just get in and they can’t get out.”

For Saddiqui, gambling was the least of his issues but he did lose $167 million gambling, and that’s a story worth telling.

Gambling should be treated as a fun activity, and you should only bet an amount you are ready to lose. It’s easy to just play online these days for entertainment purposes, and make calculated bets.

If you want to be a little crazy (but not that crazy, please), OnlineCasinoGems is a site where you can find information on online casinos that are safe to try a hand at gambling from the comfort of your home.

There are also a lot of free slots available online on which you can just enjoy the thrill of gambling, without losing any money. Remember to do your research and limit your risk. 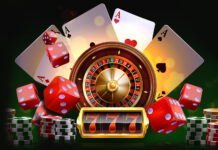