Home Sport Best Players In The History Of IPL

In this article, we’ll give you a tour of the amazing history of the Indian Premier League, the most famous cricket tournament in India and we will tell you a little about five talented stars of this sport.

Cricket is a very cultural sport, with its origins coming many centuries ago. Nowadays it’s still very alive, actually many people like to participate in cricket betting.

Introduction to the history of IPL

Cricket is an obsession in India, where 100 million Indians watch and enjoy it throughout the year. Many cricket fans flock to the stadium to support their favorite team from the stands.

The Board of Control for Cricket in India (BCCI) took note of the development of cricket among Indians and decided to introduce cricket in a new format.

The idea of creating a structure for the Indian Premier League IPL was first proposed by Lalit Modi, vice-president of the BCCI. Modi wanted to create a league that would attract people from all generations, including young cricket lovers.

He believes that this T20 format tournament will offer quality matches that will make spectators forget about slow matches like five-day Tests.

The IPL is played in rounds and consists of group-stage matches and the last four playoff matches. This format allows each team to play at least once against the other teams. The top four ranked teams advance to the next round of the playoffs.

In the last decade of cricket history, there have been major changes and fluctuations in the composition of IPL teams. The IPL started with eight teams from different states of India. Most of them were dismissed and were not allowed to participate in the next championship. However, some teams made history in the IPL and served well and consistently.

Mumbai Indians, also known as MI, are an iconic cricket team from Maharashtra, owned by Reliance Industries, one of India’s richest industries. MI is the favorite team of many cricket fans, having won time and again.

Chennai Super Kings (CSK) are undoubtedly the kings of the IPL and have won the trophy four times, finished second on five occasions, and reached the semi-finals on one occasion. Their hard work and dedication to win matches and these achievements are huge in the IPL. In addition, MS Dhoni is the captain of CSK, known for his love and experience in cricket.

Other IPL teams who are showing their spirit on the cricket field are Sunrisers Hyderabad, Rajasthan Royals and Kolkata Knight Riders. Some teams have never won the trophy.

Changes over the years

The structure of the IPL is new and revamped. As a result, it has been very well received by Indian and international audiences. People love to see their favorite Indian and multinational cricketers together.

In addition to the eight teams that contested the championship, there are 10 teams this year. Lucknow Super Giants (LSG) and Gujarat Titans (GT) are also expected to showcase their talent in the IPL.

The management has introduced some changes for the new teams. The ten teams have been divided into two groups with five teams in each group. These teams will play fourteen matches and the most promising teams will participate in four playoff matches.

The top 5 best IPL players are

Born in December 06, 1988, in the region of Navagam-Khed, Saurashtra. Most influential observers first ignored his left-handed spin, then ridiculed him for his three triple hundreds in the Ranji Trophy, the idea of Jadeja as a test player was questioned when India debuted him in 2012/13 against conventional wisdom, but Jadeja surpassed them all with increasingly impeccable accuracy and is now part of India’s spin bowling elite.

Born on June 18, 1987, in Birmingham. Long before his Test debut in early 2014, Moeen Ali was regarded as an off-spinner. But after earning a reputation as a stylish batsman, it was his off-spin bowling that brought him a calling when England found themselves in trouble after Graeme Swann’s surprise retirement.

Born in April 30, 1987, in Pretoria, Transvaal. Morris is a versatile pitcher who often throws at speeds over 140 mph and is feared in the lower order. He is also a skilled fielder, and in this regard, his father Willie, a former first-class Northern Transvaal pitcher, has become a role model. Morris came late to the game, making his major league debut at the age of 22, and didn’t catch the attention of the national team until he was 20.

Born May 8, 1993, in Westmead, Sydney. Cummins burst onto the scene with a sensational Test debut. He scored a total of seven goals in that match and set up the tie against South Africa at Wanderers Stadium with two goals. He made his debut for New South Wales in the 2010/11 season and was particularly impressive in his first season as a big man. Considered the future leader of the Australian attack, he was offered a contract for the 2011/2012 season, making him the youngest player to be offered a contract since the current system was introduced in 1998.

He was born on December 5, 1985, in Delhi. Dhawan is part of a long line of runners from Delhi, which became India’s capital in 2000. He has an upright stance, somewhat stiff arms when pushing forward, and is prone to cover drives. Those who have played with him say he is extremely confident, even spectacular. He is also a charming personality with his flighty appearance and curly beard. 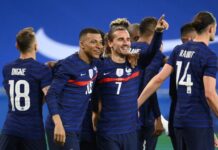 Can France Overcome The World Cup Curse In Qatar 2022? How Many Golf Balls Does an Average Golfer Lose? 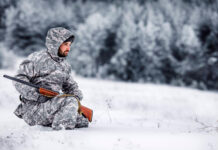 5 Ways To Stay Warm While Hunting In Cold Weather