Additionally, it has been found that in the 2017 study, 1.79 million people suffering from tinnitus and 1.16 people suffering from hearing loss received compensation. In order to avoid such disabilities, it is the concerned authority’s foremost responsibility to provide military personnel with top-notch and safe hearing aids.

However, in the past years, there have been significant instances where the organization responsible for providing advanced-level hearing aids gave out defective items to the military and civilians. The most sought-after case for such an instance is the 3M earplug lawsuit. In the last 3 years, there have been 16 bellwether (test cases for a widely contested issue) cases divided by 10 wins for plaintiffs and 6 wins for the defense. These cases associated with injuries from defective 3M earplugs are recommended to be handled with the help of a reliable and experienced attorney.

Here is a detailed list of things you must know about the 3M earplug lawsuit.

1. The History Of 3M Lawsuits

From 2003 to 2015, two major companies, Aearo Technologies Incorporation and 3M Company, crafted and delivered hearing aids to the US military. The specified earplugs are widely known as Combat Arms Earplugs (CAE) to protect military veterans from blatant noise during training.

However, the earplugs tended to create a standard issue for the soldiers deployed in Iraq and Afghanistan. Hence, the production of earplugs came to a halt. In 2016, a whistleblower lawsuit (reporting the wrongdoings of an organization to third parties like the media, police or government officials) by a California-based company, Moldex-Metric.

The company claimed that 3M had been knowingly selling defective earplugs to the military, significantly increasing the number of veterans suffering from hearing loss and tinnitus. In 2018, in order to settle the filed lawsuit, 3M company negotiated to pay $9.1 million to the Department of Justice as compensation.

However, after the compensation was provided, individual members’ lawsuits against the 3M company started to flood. Today, 2,30,000 military veterans are accusing the 3M earplugs of their hearing loss and constant ringing.

2. The Deficiencies Of The 3M Earplugs

The military service was provided with the second version of Combat Arms Earplugs (CAEv2) in order to protect from loud noises and aid them in hearing the subtle ones. The earplugs had a dual-end feature to avoid using two different sets of earpieces. This means it could be worn in two ways; one way would allow the users to block trumpeting noises, and reversing it would aid in blocking battlefield noise while allowing softer sounds to be heard.

The problem reported about the CAEv2 by the military soldiers is that the earplugs were too short and compact to fit in the user’s ear canal. This improper fitting of the earplugs resulted in detrimental to the inner ear.

3. Is the 3M Earplug Lawsuit A Class Action Or A Multidistrict Litigation?

In simplest terms, a class action lawsuit can be understood as a lawsuit filed by a large number or a group of people against a single company. This group is most likely to have suffered the same injury, and the case tends to be fought by a single law firm. The compensation acquired is then distributed equally among all plaintiffs.

The 3M earplug lawsuit might sound like a class action due to over 2,88,000 people filing the lawsuit. However, this lawsuit started with service members filing individual lawsuits and claiming to have suffered different injuries. Such a process was noticed and was ordered to be taken under one federal court judge as a multidistrict litigation (MDL).

The distinctive fact about MDL is that every plaintiff involved is compensated individually based on the degree of injury suffered.

4. Who Can Apply For The 3M Earplug Lawsuit?

Any veteran who has served in the military from 2003 to 2015, used the CAEv2 regularly, and is diagnosed with hearing issues is qualified to file a lawsuit. However, one needs a set of medical documents like a DD 214 Certificate of Release or Discharge from Active Duty, Veterans Administration Record (VA), and Military Active-Duty Record.

Recent surveys reveal that about 20,000 3M Earplug complaints were dropped in May 2022 by a federal judge handling the case. If one wants to file a lawsuit, one needs to provide proper documents as evidence.

5. How Much Compensation Is Being Provided To The Veterans?

The compensation regarding the injuries suffered by using CAEv2 covers various factors like medical bills, lost wages, punitive damages, loss of happiness, and pain suffered by a plaintiff.

However, compensation for each veteran is based on the degree of injury suffered, disability to earn in the future, need for future care, and psychological effects like Post-traumatic Stress Disorder (PTSD) and Traumatic Brain Injury (TBI).

The compensation to veterans to date is as high as $22 million. But each case filed in the court is different, and compensation varies from case to point.

To date, there are thousands of people suffering from the adverse effects of the 3M earplugs. The 3M earplug lawsuit is the most prominent example of a multidistrict litigation case in the history of lawsuits involving the United States military. There are still new bellwether cases coming up in the court, and considering the uncertainty of the verdicts, one can hardly predict the future of the case. 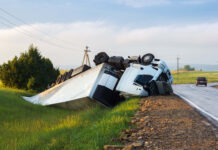 How To Get The Right Legal Help After A Truck Accident? 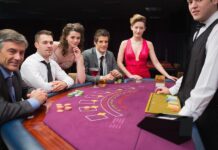 Slip And Fall At A Casino: Who’s Responsible?