Retrograde cycles can be daunting, especially when there are multiple retrograde planets in the astrological sky.

Everything happens for a reason, and this is especially true in the cosmos. Retrograde cycles are equivalent to performing an improvised U-turn after you leave something behind, and the same thing happens with celestial bodies.

Last month, Pluto, the planet of death, power, sex, and transformation, was stationed retrograde in the sign of Capricorn, and in May, three more planets – Venus, Jupiter, and Saturn – will embark on their journey backward.

Saturn, the planet of responsibilities and limitations, returned retrograde to Aquarius on May 11, followed by Venus in Gemini on May 13 and Jupiter in Capricorn on May 14.

And while it is safe to say that the three zodiac signs, Taurus, Scorpio, and Capricorn, will have the worst month this year, there is always the opportunity to overcome the influence of energies and turn them to your advantage. If you use retrograde periods wisely, they could be incredibly productive. Try to use this time to think about your long-term goals, habits, and relationships.

Here’s why Taurus, Scorpio, and Capricorn are likely to face the most challenges this month.

You know how important stability is in life better than anyone else. Still, with the ruling planet Venus being retrograde in your second home of money, property, and pleasure, you will probably be more self-aware during this period than usual.

And while the meaning of wealth is subjective, this is an opportunity to think about your finances, spending habits, and, more importantly, your value system. The good news is that you can discover new ways to make money but to do that you will have to work hard.

No one likes when its planetary rulers become retrograde. If you feel disorganized or absent, it is all thanks to the planet Pluto, which has retrogradely passed through your third house of communication, thought process, and cognitive functioning. Don’t be afraid. The universe wants you to stop, think, and reconsider your daily duties.

Jupiter will join Pluto this month on its retrograde journey, and this will amplify the effects of Pluto’s retrograde, as Jupiter magnifies everything it touches. How can you make the most of it? Write it all down. Make a list. Start keeping a diary. It’s time to cleanse and detoxify your mind.

You are allowed to be careless sometimes. Although this is not often the case, Pluto and Jupiter will move retrograde through your sign, so be prepared for certain changes in time. Venus, the planet of love, abundance, and pleasure, will retrogradely enter your sixth house of health, well-being, daily rituals, and work environment, so do not force yourself to work hard if your body tells you otherwise.

This is not only an opportunity to create a harmonious daily routine but also a chance to think about routine habits and general well-being. Health is wealth, and it is time for your personal peace to become a priority. 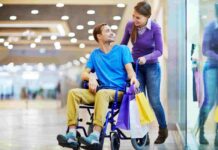 Understand the Necessity of the NDIS Orientation Certificate 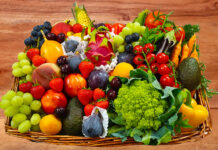