The music is one of the most inspiring and comprehensive arts. Since the beginning of history, man has had the drive to communicate his ideas and feelings through song and dance. Nowadays, even employers from companies like BidForWriting, in order to do their work more efficiently, listen to music that helps them stay focused. Today there are hundreds of genres and millions of artists of all kinds. From popular and folk to classical, pop, rock, and jazz.

Regardless of your favorite, various research shows why you should listen while you study.

Here are the reasons why it benefits learning, but we also tell you how to listen in properly while studying and a few disadvantages.

1. It helps you memories better

When we listen to music, our brain releases a chemical called dopamine, also known as the “happiness hormone.” And what does it have to do with learning? Memories have been shown to always contain an emotional element, so when you study listening to music, knowledge is more likely to be grounded in your brain.

Following in line with the previous point, recent research determined that people who learn to play a musical instrument have better results in variables such as vocabulary, critical reasoning ability, and fine motor skills. So you should also learn to play it and not just listen to it!

It is known that many surgeons, when operating, listen to their favorite songs as a way to block any distraction. Various studies have shown that listening to calm and harmonious music while doing intellectual tasks that require a lot of concentration is a highly effective method.

What genre should you listen to?

Relaxing music for studying is the best. Styles like classical or background, chill out or movie soundtracks come into play here.

Better instrumental than with lyrics

Let’s not fool ourselves. If we put on a familiar song, the kind that continually plays on bars and on TV, we won’t be able to keep our attention on the sheets in front of us and humming will engulf the room sooner than later. Avoid such distractions and make sure your playlist is made up of instrumental themes, it’s the best music to study and focus on.

Listen to it to perform mechanical tasks

Relaxing music to study is a good companion to the most mechanical, repetitive, and monotonous memory tasks. But we must be aware that meaningful learning, the truly resulting from the understanding of the contents and subsequent appropriation of knowledge, is best done in a silent environment.

Play it if there is too much noise around

Linking the previous idea, before the impossibility of silence, relaxing music is better to study than noise. Our house or library is not always quiet places, so put on music and get a stable and unalterable environment.

Control the volume, you’re not partying – It should be at a medium-low volume. Forget about full volume.

Use long playlists – If the playlist is constantly stopped and you have to interrupt what you are doing to change to another one, don’t worry. Think about the time you usually study without break and make a list of this duration so that it ends when you go to take a break. The average is in 2 or 3 hours. Or just play some radio station, like ChilloutRadio, and let them choose for you appropriate music.

Multitasking is a term that has its origin in the field of computing. By multitasking, we understand the process by which two or more tasks or processes are performed at the same time.

The term multitasking is applied in different aspects related to productivity and performance and, unfortunately, it is becoming a quality highly valued in the academic and business world.

But people with multitasking behavior lose concentration as the brain clearly conflicts. In this sense and in relation to the topic of this article, listening to music while studying is detrimental because the brain must be divided into two actions.

On the one hand, the brain works on aspects of the study, while on the other, it listens to songs. The effect is just the opposite of what people think. Listening while studying does not help us relax or concentrate, on the contrary, it increases our stress and decreases our attention.

In relation to the first reason is that by doing two tasks simultaneously you lose time and productivity.

Many people find it that if it is silence around them, they are achieving much better results. But that is probably on the personal level, everyone has different preferences. The music is still noise and all noise that it causes is an alteration in the brain. For a long time, when doing an intellectual activity, it makes it extremely difficult for me to do any type of task related to work.

Today many of the people who listen to music do so through electronic devices such as players, mobile devices, tablets…

They store a huge amount of data on these devices. This music, which will be the one chosen to listen to while studying, becomes continuous decision-making. I explain. By having so much musical information on our device, we waste a remarkable amount of time selecting those songs that we like. What this selection process does is to continuously interrupt the pace of study and directly affects the concentration required by a task such as studying.

The problem of these devices is also linked to our tastes, because while we listen to music, the songs evoke some kind of feeling, memory, taste, aversion, etc.

All these blocks and interrupts the study again and makes the time we dedicate to study increase considerably. When talking about the expression of listening to music, you have to make a clear differentiation.

Music has fundamental benefits for the brain. Recent research indicates that learning to play an instrument in childhood manages to prosper a person’s cognitive performance in each and every aspect. In addition to this, it has also been proven that it compensates for the cognitive loss of aging.

This is all because music produces neural connections that improve other aspects of communication. 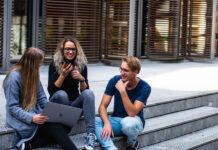 7 Top Freshman Mistakes And How To Avoid Them 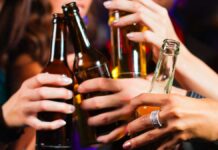 What Number of College Students Are Non-drinkers?

Innovations In The Trading Industry And Its Effect

Nina Smith - December 3, 2021 0
Trading has gained considerable popularity among individuals since the rise of the COVID-19 pandemic, which has caused a fluctuation in the market among other...

Why Not All Financial Markets Are Open 24/7

Is It Cheaper To Get A Mortgage Through A Broker?

7 Reasons Why It’s Best To Stay Away From Low-Cost Phone...

Why are VPNs Gaining Importance in the Streaming World?